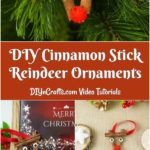 This cinnamon stick reindeer ornaments idea is a throwback from my childhood. I always loved the grade school ornament making around the holidays. This idea for a reindeer cinnamon stick ornament is one that came from those school days. All you need are cinnamon sticks, glue, ribbon, googly eyes, and a pom pom to make this fun idea!

Whip up a batch of these reindeer sugar cookies to have on hand while you get started crafting these cute ornaments with your kids!

There is just something about making these that makes me happy inside. I remember making them and bringing them home from school to hang on the tree. These along with the Rudolf paper plate craft are some of the most classic ideas for homemade ornaments that I remember for childhood.

If you are looking for more reindeer ideas, then make sure you check out how to turn a pinecone into a reindeer and my cute tips for turning a clay pot into a reindeer. The bigger one is ideal for serving up treats for your kids while they help make this craft! 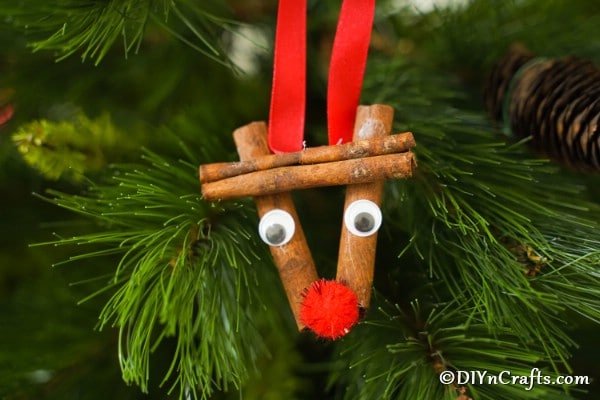 Where Can I Buy Cinnamon Sticks For These Ornaments?

Of course, you can pick up cinnamon sticks in the spice aisle of your grocery store, but you probably don’t want to pay $5 for only a few sticks. So, you need another way to grab what is needed for this craft. 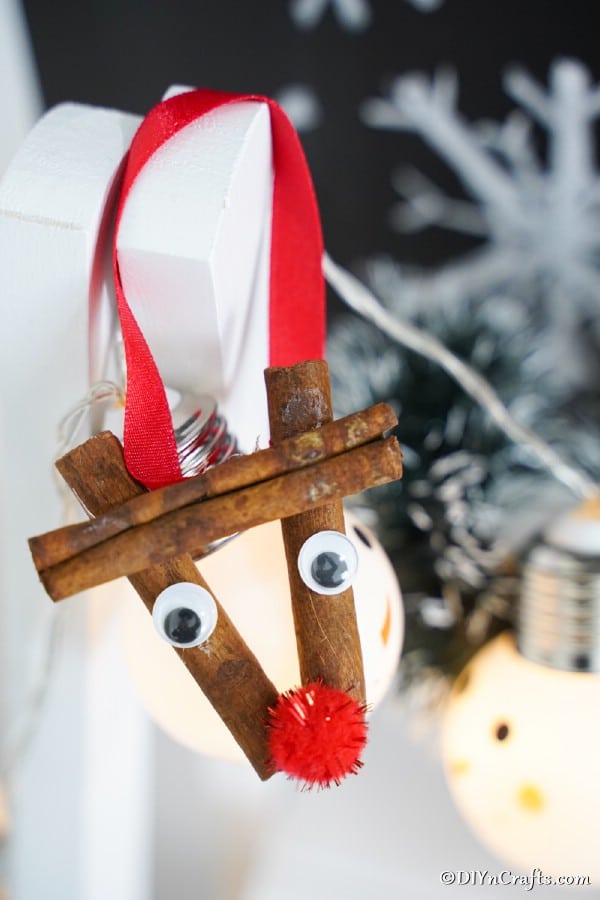 Another use for extra cinnamon sticks is to create this cute aromatic Christmas tree ornament for your tree this year. If you plan to make a lot of homemade ornaments like these, then make sure to have some reindeer rice krispie treats or these cute Rudolf treat bags on hand for your kids to snack on while they work. 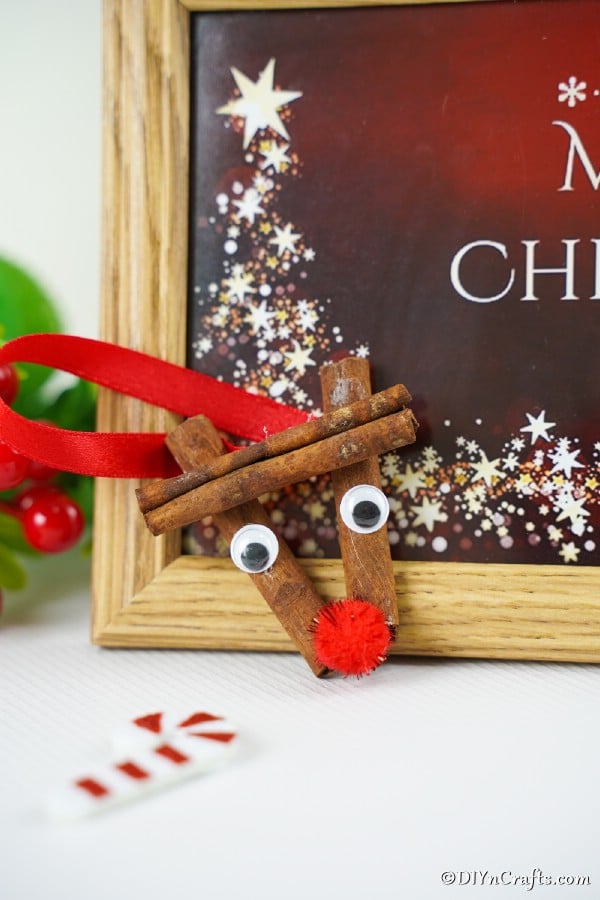 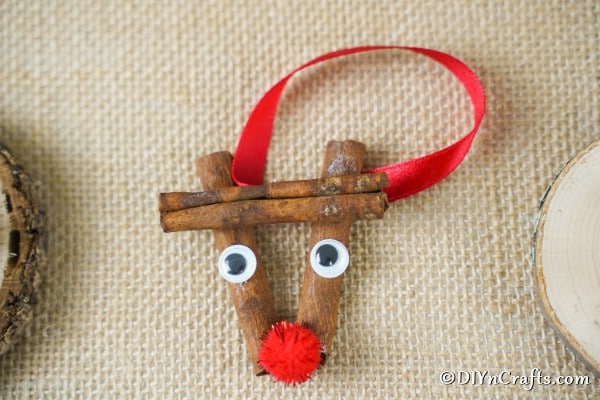 To make this reindeer ornaments idea, you will begin by gluing two cinnamon sticks together in a “v” shape. 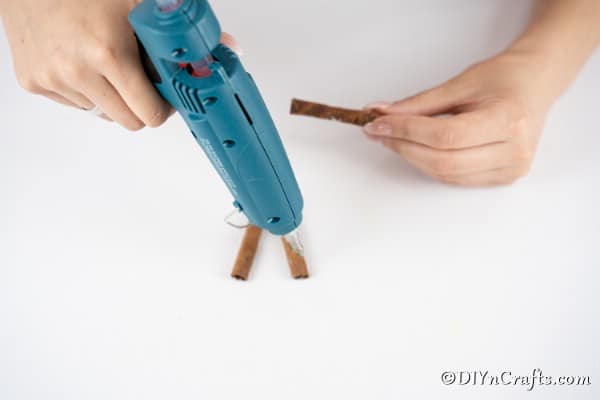 Next, you will glue an additional cinnamon stick across the two sticks near the end creating a triangle shape. 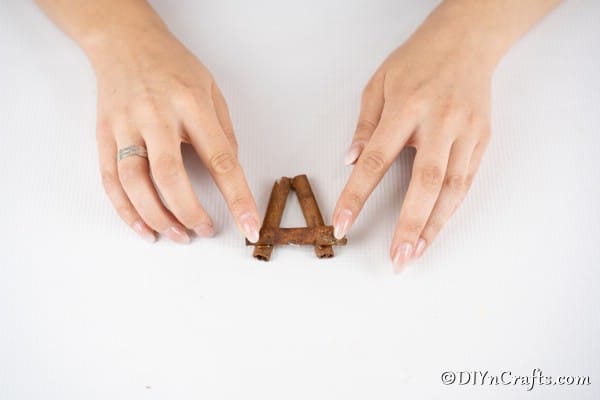 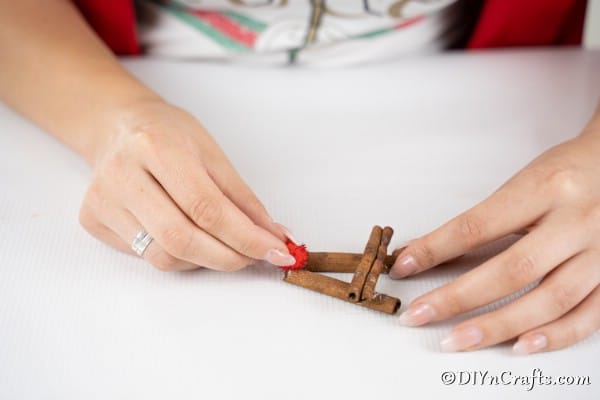 Next, you will glue on the googly eyes, one on each of the two sticsk that form the “v”. 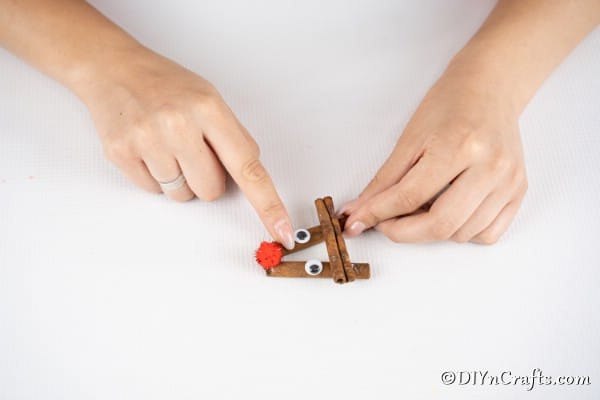 The final step is to cut and glue a loop of ribbon to the top for hanging the reindeer. 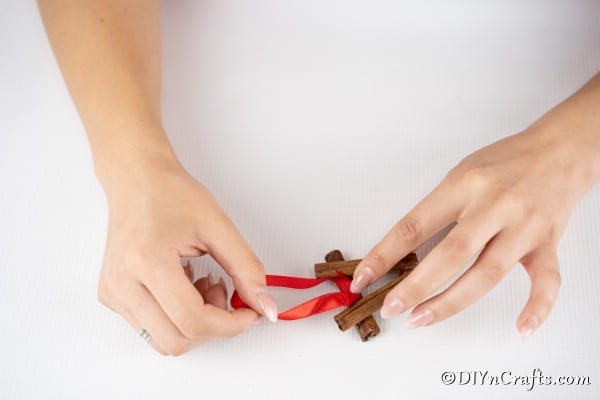 Once the glue dries, your cinnamon stick reindeer ornaments are ready to hang! 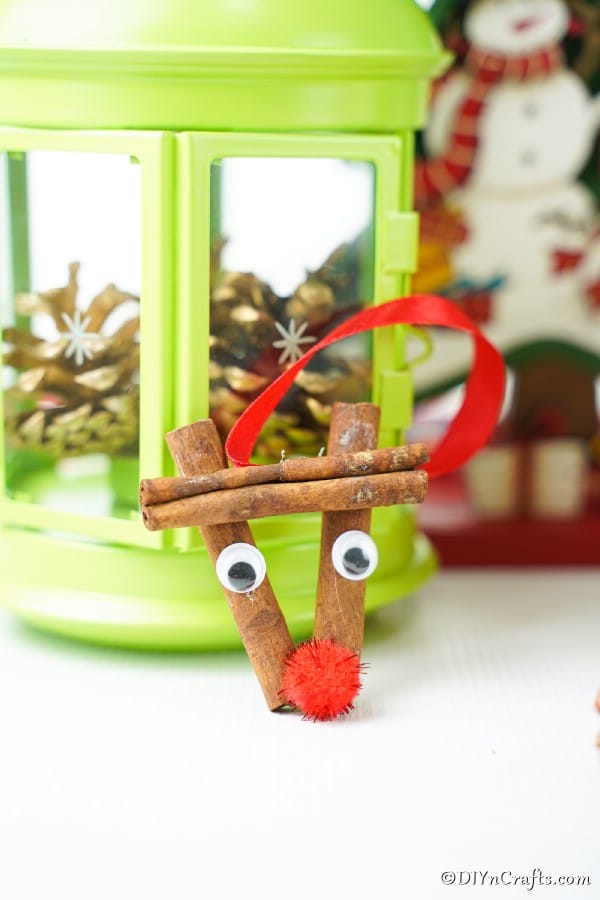 Use different colors of ribbon on each of your reindeer for a fun look. You can also dip the pom pom in glitter to make Rudolph's nose sparkle!