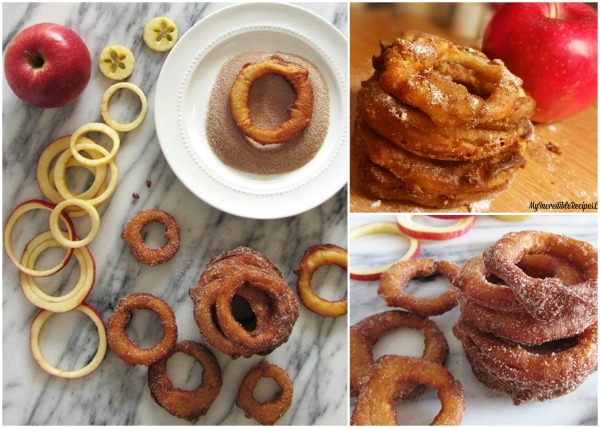 Everyone who knows me knows that I am a sucker for two things (ok, there are more, but I won’t bore you today): crispy onion rings and apple desserts. So it’s probably not all that difficult to imagine my wide-eyed, squealing of delight when I stumbled upon this recipe that, lo and behold, combines two of my absolute favorite guilty pleasures. Sometimes life really can just be the greatest.

To make these little rings from heaven, you’ll need:

Just follow these really easy steps to give your taste buds the mouth-party that they deserve:

Similar Project:  You’d Never Guess how Easy it is to Make Your Very Own Gummy Bears

If you’ve got some apples left over and want to make something else that’s just as delicious, give this apple puffed pancake a try. And if you’re serving these to guests and want to impress them even further, decorate the serving plate with a little food art – an apple slice swan!