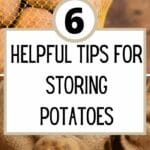 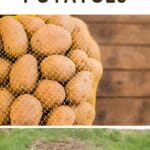 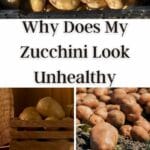 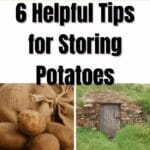 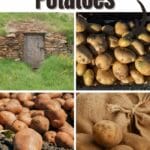 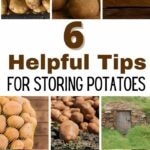 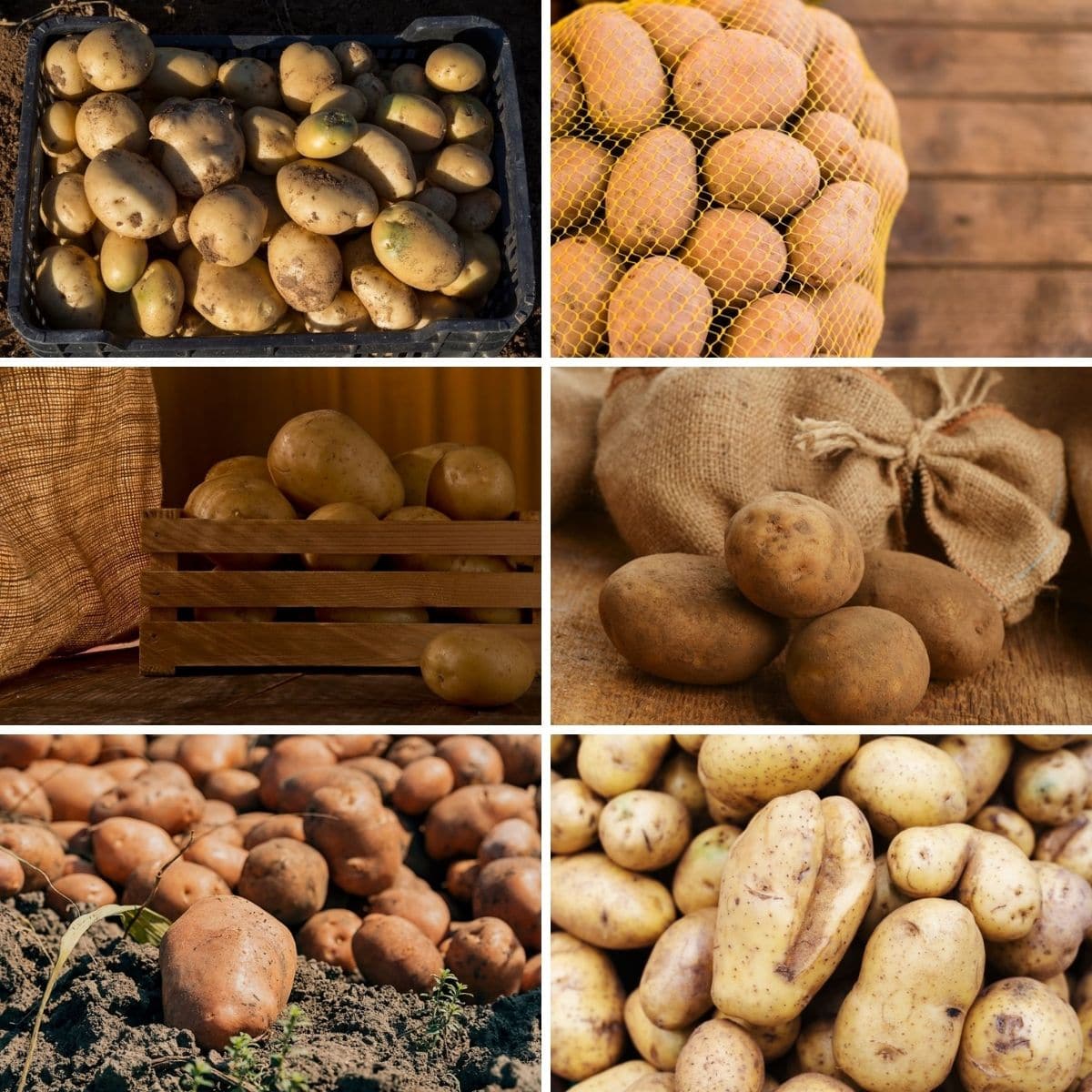 If you're at the beginning of your potato growing journey you can find out how to grow and harvest them in a small space here. But, whether you are storing your hard-earned, garden-grown potatoes or your store-bought ones, you are going to want them to last as long as possible to avoid any waste. Particularly when you grow potatoes at home, it is a common problem to have more of them on hand than available uses for them. You can use them to make this delicious parmesan potato recipe or these crockpot mashed potatoes. Thankfully, potatoes have the potential for a long shelf life if they are stored properly. By taking a few extra steps right away, you can extend the life of your potatoes from one week to as long as a few months.

Storing potatoes may sound like a simple enough task, but there is a science behind it. Nobody likes to waste food—especially potatoes!—and proper storage is the first step in combating this issue. There are even a few different methods of storing your potatoes and a few extra tricks to get the most out of them. 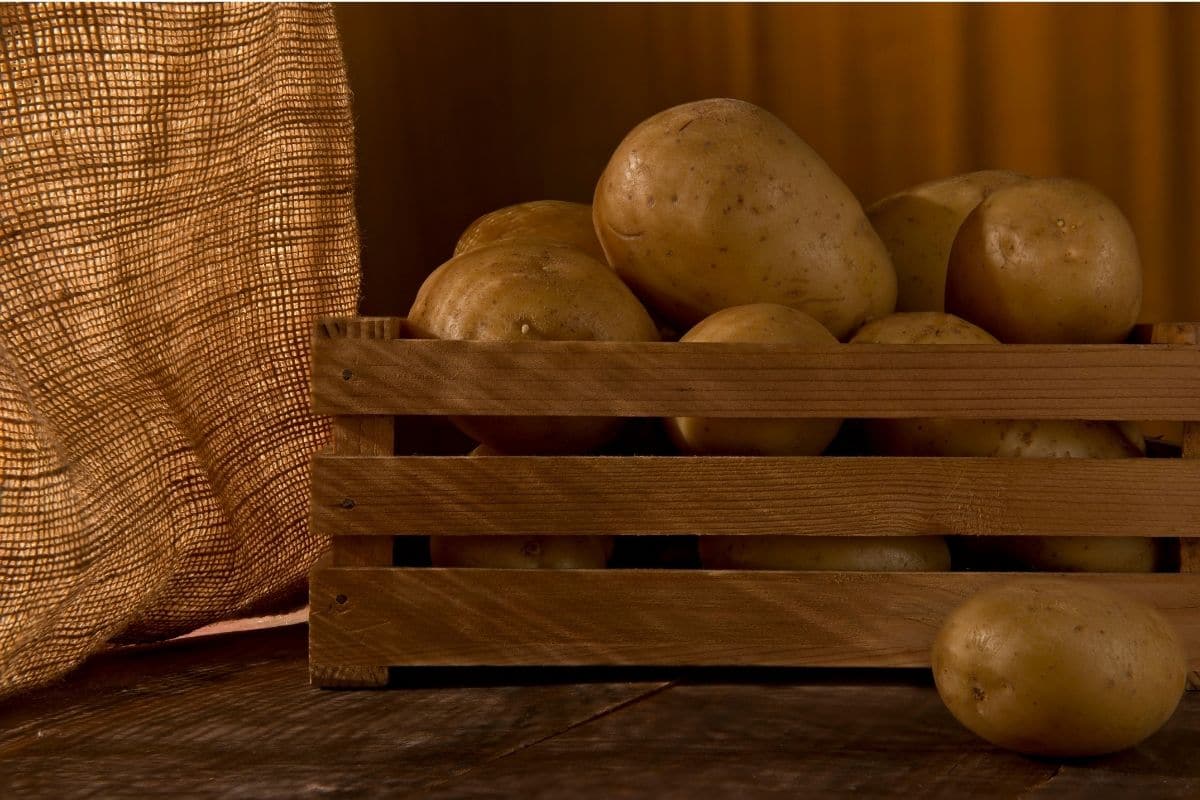 Storing your potatoes in a location that is cool, dark, and dry is the very basis of proper potato storage. The ideal temperature for storing potatoes is just above refrigeration levels—somewhere between 40 to 50 degrees Fahrenheit. As certain crops—such as potatoes—sit unused, they release small amounts of ethylene gas which aid in the ripening process.

A dark storage location is equally as important as a cool location, but for different reasons. Potatoes that are exposed to sunlight or fluorescent light may start to produce chlorophyll in the skin surrounding them. The chlorophyll makes the skin of the potatoes turn green, which is a sign known by many as a potato that should not be eaten.

This aversion to green potatoes comes from the knowledge that potatoes exposed to sunlight are also susceptible to producing solanine, a toxic chemical that should not be eaten. While not all green-skinned potatoes are bad, it is best to avoid them altogether.

Similar Project:  40 Refreshing Popsicle Recipes You Simply Have To Try This Summer

Keeping your potatoes in a dry location can also extend their shelf life. When exposed to excess moisture, potatoes become a breeding ground for fungus and bacteria to grow. When potatoes are exposed to certain fungus or bacteria, they may no longer be suitable for human consumption. 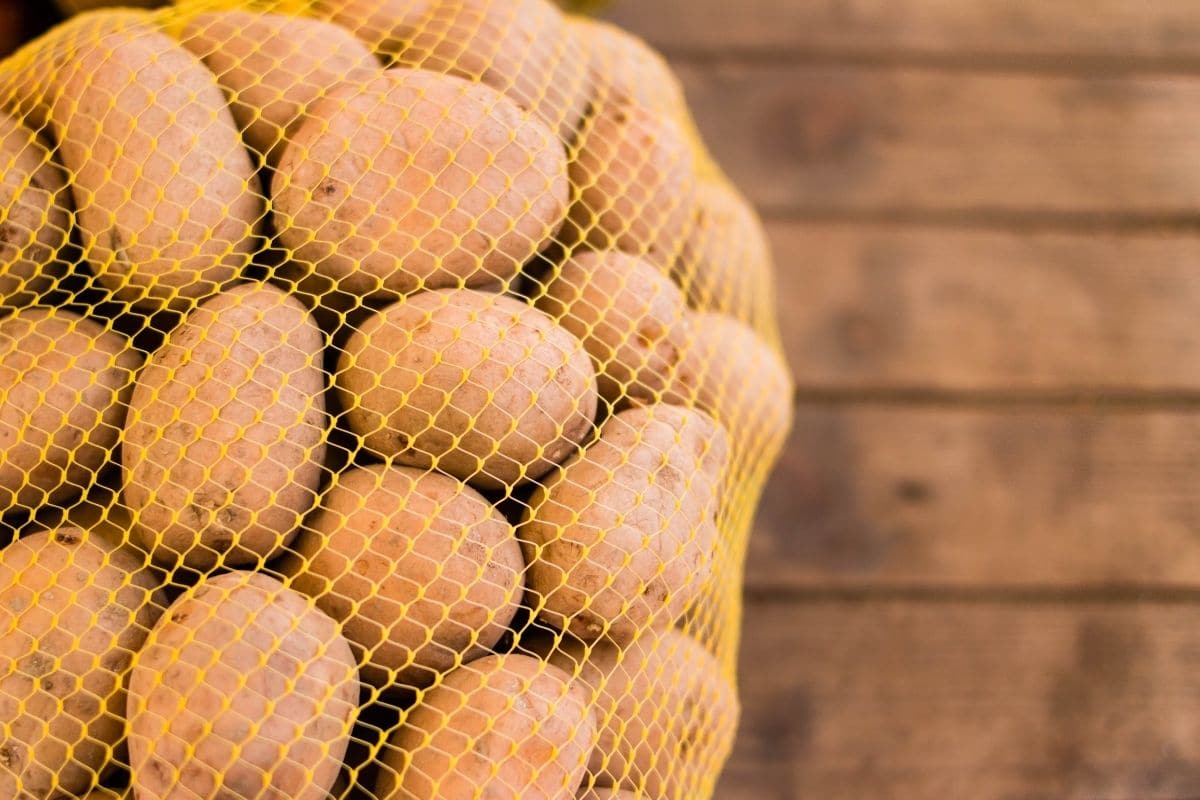 When choosing a container for storing your potatoes, look for something that encourages airflow and does not trap moisture inside easily. A few examples of proper containers include wire
baskets, paper bags, netted bags, or even just an open bowl as long as it isn’t too deep.

Containers that are not ideal for storing potatoes include plastic bags, large totes—particularly those with lids—and closed drawers. These environments are notorious for trapping moisture and causing potatoes to go bad more quickly than they would have otherwise.

3. Use a Root Cellar 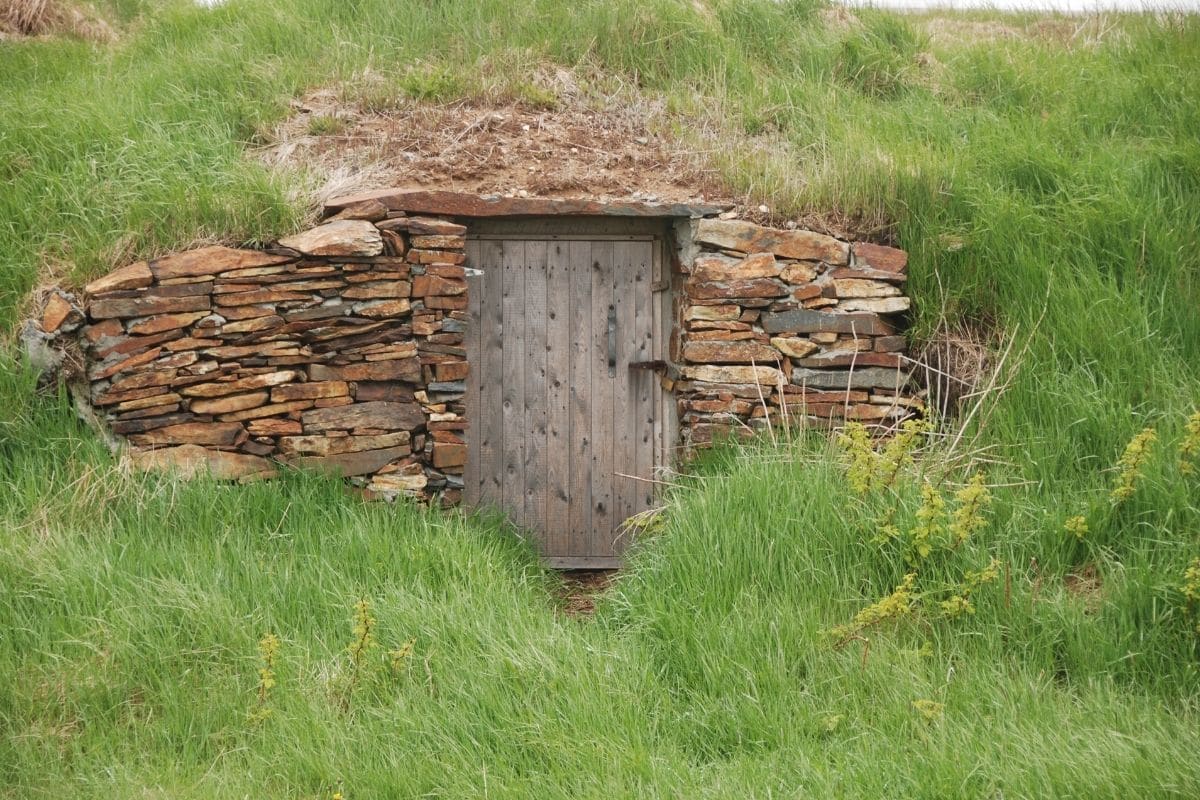 A root cellar is an old invention that was designed to create a cold and dark environment for storing foods with the use of natural cooling. To create a root cellar, you would traditionally dig a cellar under or near your home, or even into a hillside, making sure it is well under the ground to the point where the natural insulation of the earth keeps the room at a constant cool temperature.

Today, many root cellars are created from a section of an existing basement to avoid an extra digging project. Wine cellars or even many tornado shelters may also make effective root cellars.

The goal for a root cellar is to stay in a temperature range of 32 to 40 degrees Fahrenheit, although if they fall a little bit above this range, your potatoes should still be fine. Humidity levels should stay between 85 to 95 percent. While this seems counterintuitive since we know potatoes should be kept dry, this level of humidity will help prevent the potatoes from shriveling up by preventing evaporation of the natural moisture they do have. 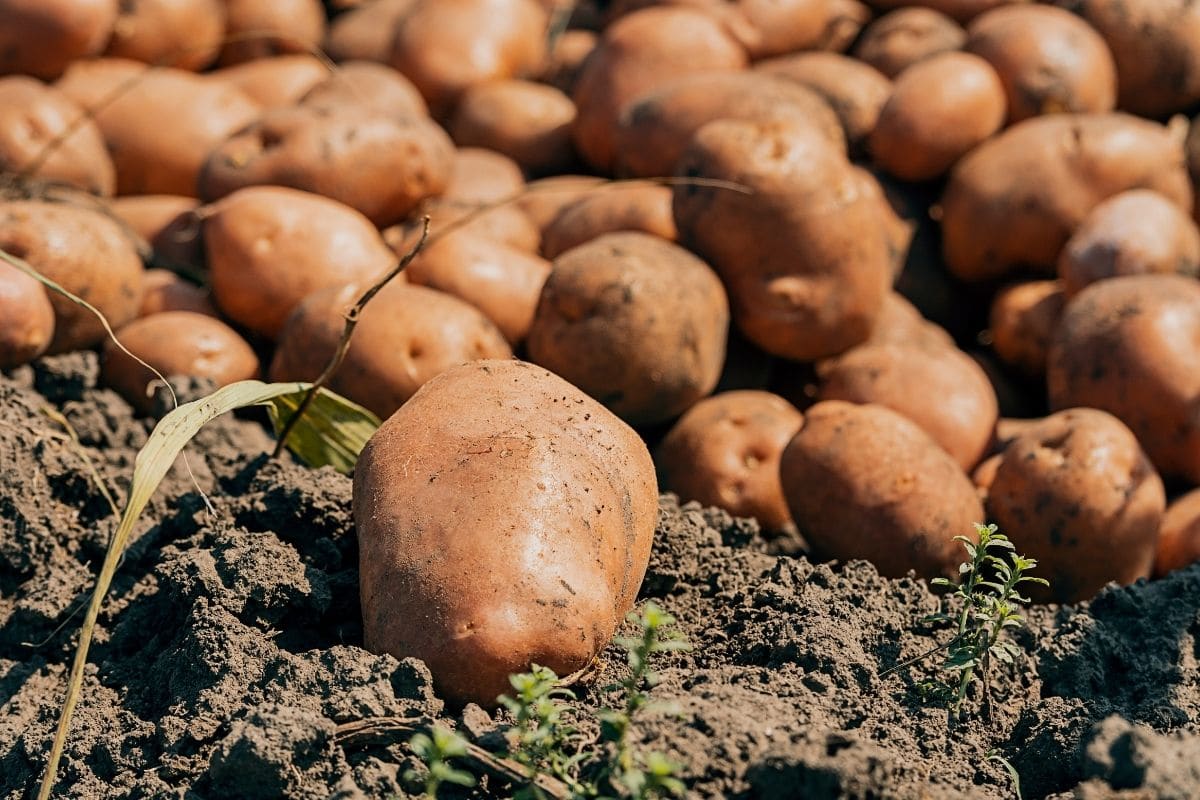 When it comes to harvesting potatoes, there is a decent range of time that is considered acceptable. If you harvest your potatoes as soon as they are ready, you will most likely need to use these crops within the first week or two, as the skin will be thinner causing the potatoes to go bad sooner. If you plan to store your potatoes through winter, you will want to wait as long as possible before harvesting them.

A good sign that your potatoes are fully matured and ready for winter harvest is when the vines on the potato plants have died. You can also dig up a potato and test the thickness of the skin—the thicker the skin, the longer the potato should last in storage. An easy way to make sure your potato’s skin is thick enough is to rub your finger firmly over a patch of its skin; the skin should not show signs of wearing off if it is fully matured.

5. Leave the Dirt On 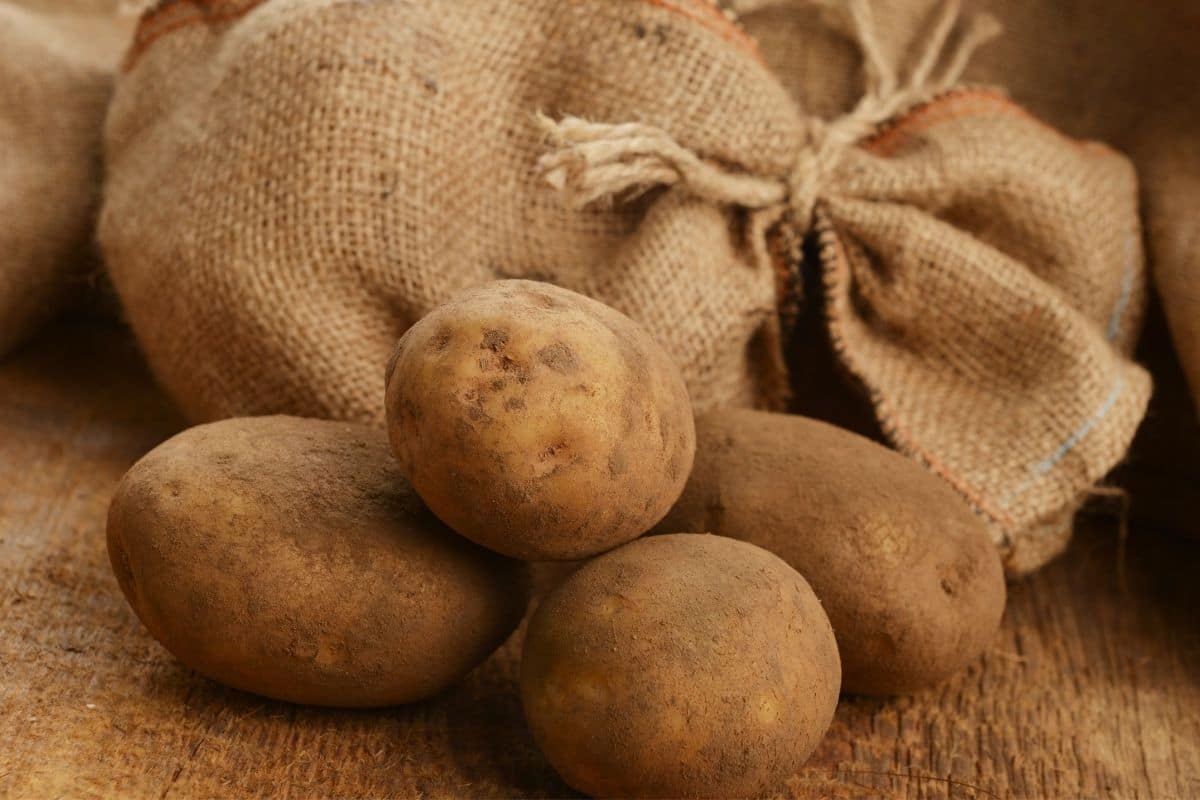 Naturally, potatoes will be covered in the dirt once harvested, and it might be tempting to wash the dirt away—it is dirt on your food after all. As much as you might want to wash your potatoes, this is best to avoid if you are planning on storing them for any amount of time.

Potatoes that are washed with water will be introduced to excess moisture which can lead to the growth of certain fungi and bacteria. Brushing your potatoes off with a towel, brush, or even your hand should be sufficient in getting at least a majority of the dirt off. You can always wash them thoroughly right before use. 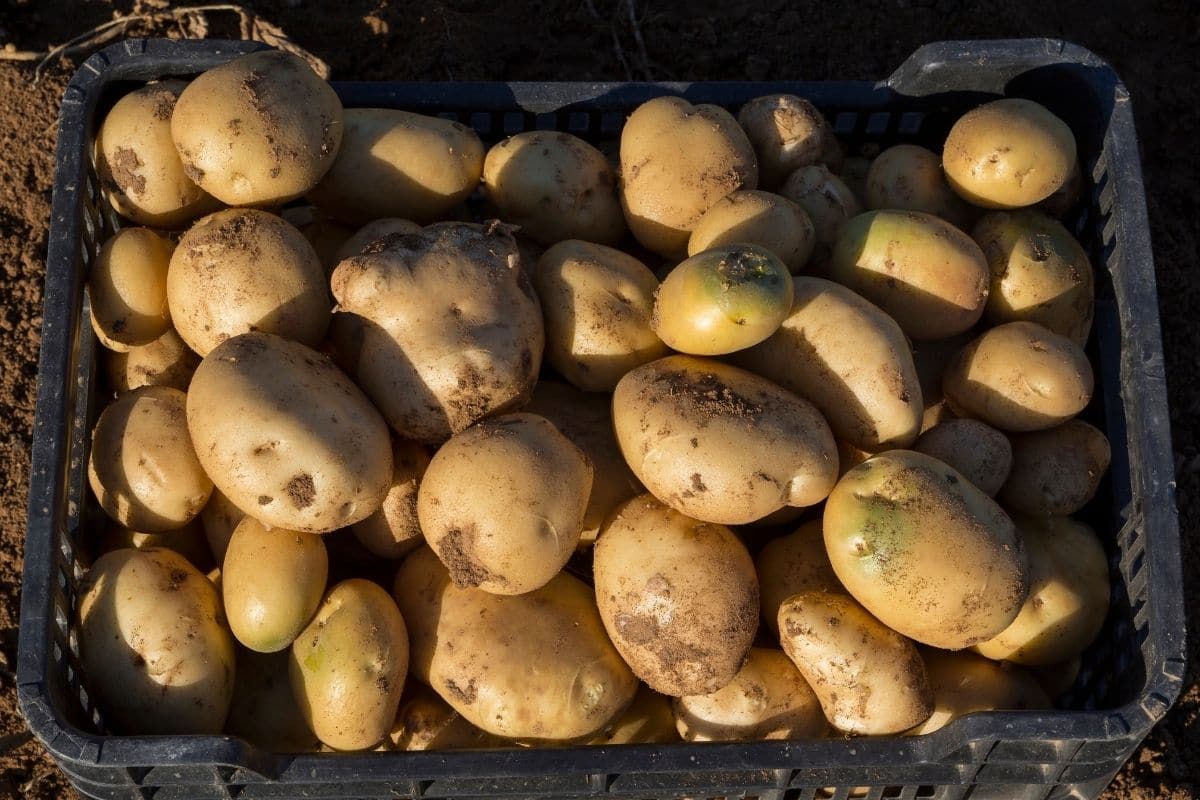 For those who grow their own potatoes, curing them before storage can greatly increase their shelf life. Curing potatoes is the process of storing them in a warmer location—generally around 60 degrees Fahrenheit—with high humidity levels between 85 and 90 percent for approximately two weeks. This process can easily be done in a closed shower with some standing water or a dark closet with a small space heater.

Curing the potatoes in this way helps to thicken their skin and even has the potential to cure minor cuts and bruises. Potatoes with thicker skin should last longer when stored for long periods of time than potatoes with thinner skins.

What to Avoid When Storing Potatoes 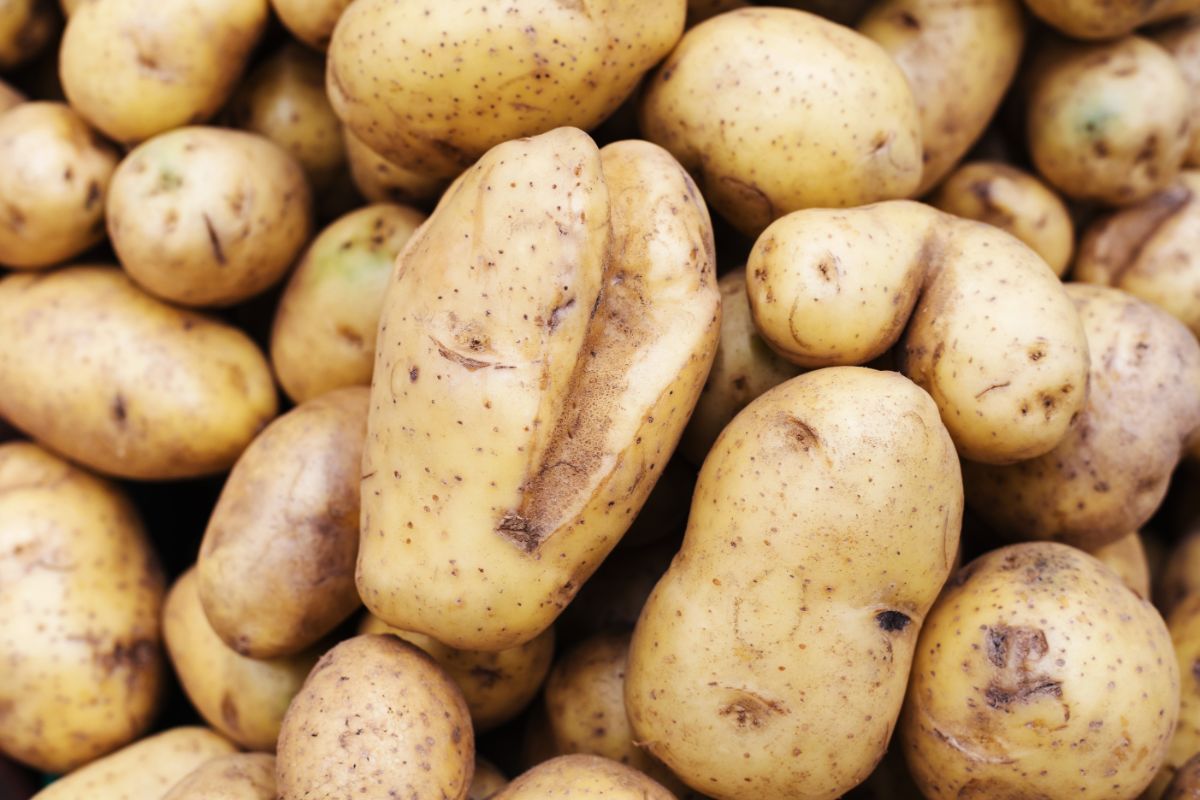 In addition to some things you should do when storing your potatoes, there are also a few things you should avoid doing. By avoiding these things, you are likely to extend the life of any potatoes you are storing.

When harvesting and moving your potatoes, be careful to avoid damaging them in any way; this includes cutting, bruising, and skinning. A damaged potato—even if the damaged location is small—is susceptible to rapid ripening and will go bad faster than it would have otherwise.
Accidents happen, and it’s not the end of the world if a few of your potatoes do end up with damage. Any potato that is damaged should just be eaten before the rest to avoid excess spoilage. While eating the damaged section of a potato may not bother some individuals, these areas can easily be cut off so the whole potato does not need to be wasted.

It is best practice to store these foods separately from each other—In fact, the other end of a room is probably the safest option. There is no concrete distance that is recommended for the separation of these foods, but as long as they are not side by side the ethylene gas should not travel far from its originator.

Don’t Store in the Refrigerator

While cool temperatures are ideal for storing raw potatoes, they should never be kept in a refrigerator, which is too cold of an environment for potatoes. When raw potatoes are kept at refrigeration temperatures for too long, some of the starch may convert into sugars; this process is called ‘cold-induced sweetening’ and can ruin your potatoes.
These higher-than-average sugar levels in your potatoes can lead to higher acrylamide levels once you cook with your potatoes. There is not sufficient data to support any effects that acrylamide may have on the human body, although it is suspected to be carcinogenic to humans. There is no evidence of acrylamide formation in potatoes that are placed in the refrigerator after they have been cooked, only in raw potatoes that are stored in a refrigerator and then cooked.

Don’t Store in the Freezer

Temperatures in your freezer are even colder than in the refrigerator, so the risk of sugar-induced sweetening is still present. In addition to this concern, storing your potatoes in the freezer is also likely to cause them to become mushy once you are ready to use them.

When frozen, the water that is naturally in each potato expands and breaks down its structural elements.

Similar Project:  24 Smart Ways to Use Baking Soda in the Garden

Of course, you can always cook the potatoes and then freeze or refrigerate them - this should yield you much better results.

Have My Potatoes Gone Bad? 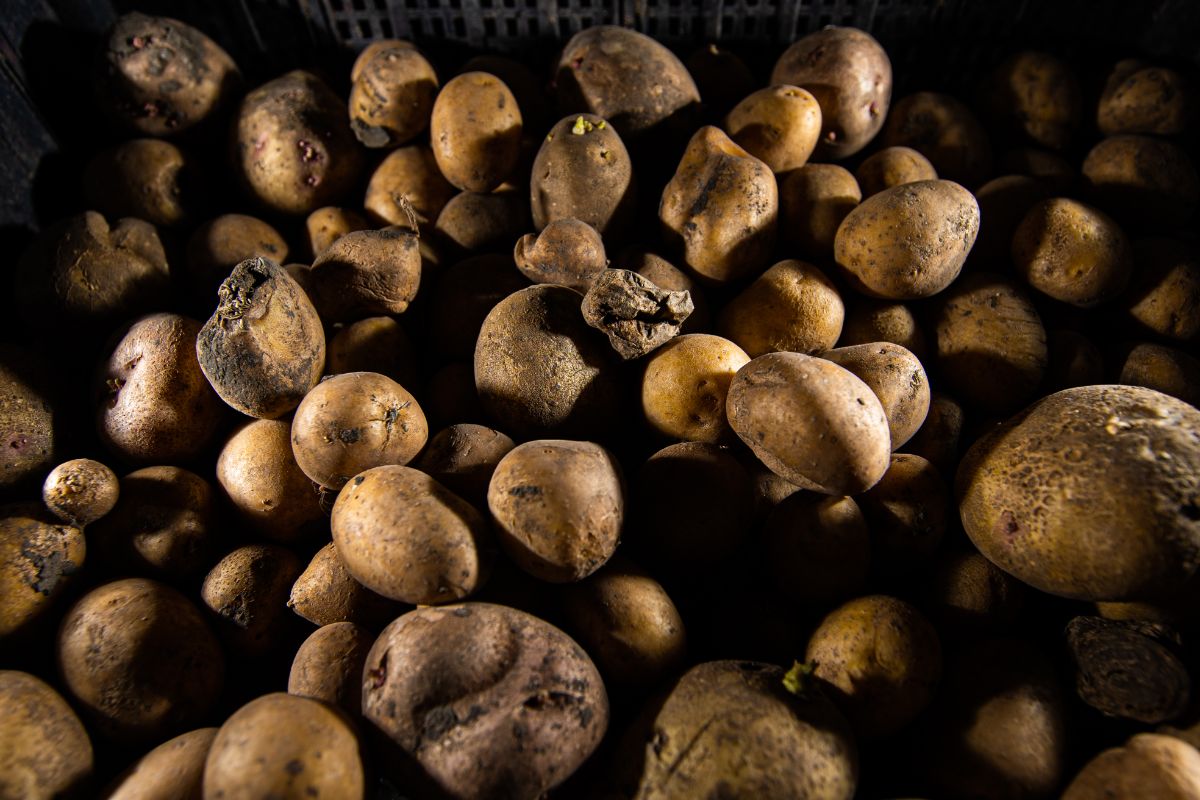 Unfortunately, it happens to the best of us, you work hard to properly store and save all of your produce, but you still end up with some that go bad before you’re able to use it. While potatoes may change during their time in storage, not all changes mean they are unsafe to eat. There are some changes, however, that indicate a potato needs to be thrown out.

In many cases, potatoes that have been stored for more than a couple of weeks will start to form small sprouts—you may have heard them referred to as “eyes”. While the sprouts may look unappealing, they generally are no reason to throw a potato out. As long as your sprouted potato is still firm and brown, the sprouts can simply be cut off prior to using it.

Green potato skin can be a cause for concern because the toxic chemical solanine is strongly correlated with the production of chlorophyll which is what causes the green coloring. Potatoes are likely to turn green if they are stored in a location that receives sunlight or even fluorescent lighting in some cases.

If your potatoes have developed a small green spot, you should be safe to use the potato if you completely remove the section that is green. In other cases, only a thin layer of the potato will be green which can easily be removed by peeling the potato. However, if your potato has multiple green spots, it is generally best to avoid eating it due to the risk of solanine consumption. If in doubt, just throw it out!

If your potatoes are soft and wrinkled, you will probably not want to use them anymore. When a potato is firm, the nutrients are still intact. Conversely, once it has started to become soft, decomposition of these nutrients has likely taken place, causing the potato to have an off-putting taste that no one wants. Therefore, firmness in your potatoes is a great indicator of whether or not they are still good for cooking and eating.

Of course, if you follow the six helpful tips for storing potatoes above, you may never find yourself asking whether your potatoes have gone bad - you’ll be able to eat up your fresh potatoes long before then, perhaps with this loaded potato skins recipe. Try out these tips and you’ll be able to store all of your garden harvest of tasty tubers this season.