Home » Home » Time to Bust Out Your Lego: How to Make Concrete Nesting Tables from a Lego Mold 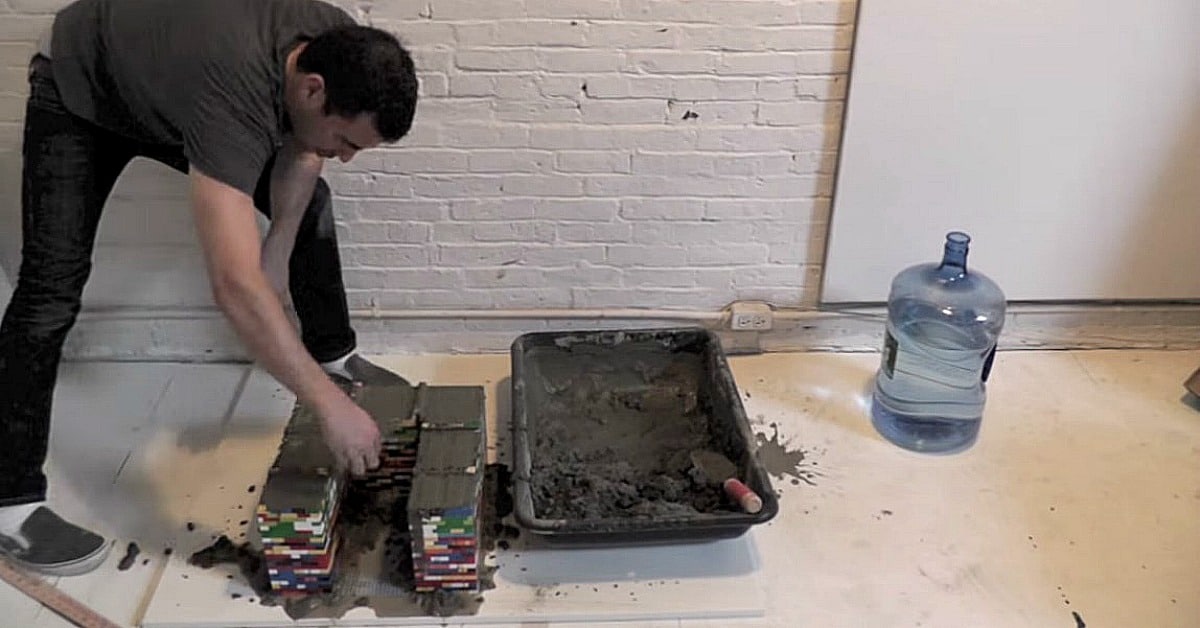 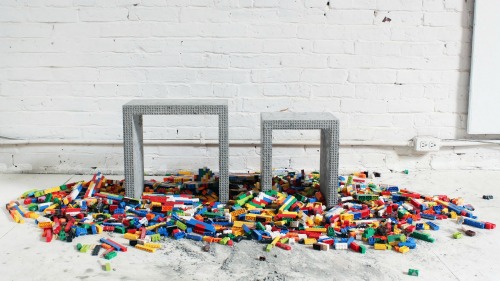 The colorful interlocking Lego bricks have been around since their 1958 launch and have never really dwindled in popularity. I remember spending hours as a child playing with Lego, and after uncovering my childhood stash recently, I’ve found myself addicted once again. We’ve seen some pretty amazing structures and sculptures built with these insanely simple but genius blocks, but this has to be the first time that someone’s decided to use them as a mold. Very impressive! The use of concrete furniture is really popular right now so I just love the combination here.

All you need here is your old Lego stash (because, come on, no one ever throws away Lego!), some Quikrete, a stick and perhaps a pair of pliers.

The first step is the most fun – building your mold, layer by layer, brick by brick. Make sure that you add those support braces at the end so that the walls don’t bend under the concrete’s weight. Although the video shows a large singular Lego baseplate, it’s actually better to use a collection of smaller plates because these will be much easier to remove.

Next comes the mixing and pouring of the concrete. After pouring in about three inches, use your stick to just push that concrete into all the corners and get rid of any air bubbles. Once you’re done with that, leave the concrete to dry for at least 20 hours before removing your Lego mold and marveling at your beautiful nesting tables that have the interesting Lego texture.

Who would’ve thought? Idea and video by HomeMadeModern Youtuber.

Take note: No one wants to ruin their Lego bricks (especially since they’re so expensive these days) so make sure to wash them when they’re done. If you have one of those mesh laundry bags then you can put them in there and toss it into the washing machine with a cup of vinegar – but make sure the water temperature is set to cold! Otherwise, simply use cold water, a non-abrasive soap and toothbrush for scraping.