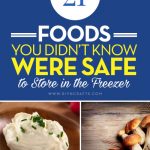 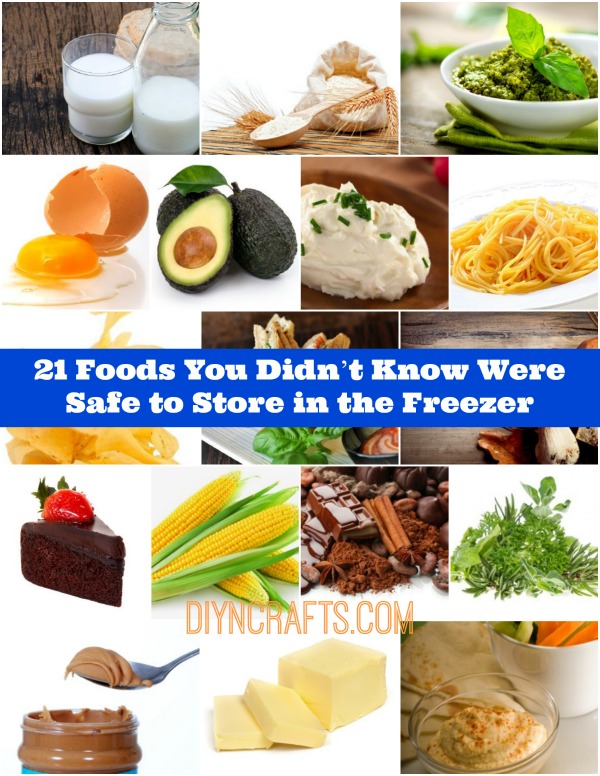 We don’t always realize just how much food we waste by throwing away leftovers or simply being negligent and letting food go past its expiry date. It’s also tough not to waste when you’re living alone or with just one other person: buying in bulk is always cheaper, but you may struggle to get though everything before it spoils. Apart from the obvious fruit and raw meats, there is a whole host of other food products that can be safely frozen and stored to be used another day – just make sure to leave enough thawing time. 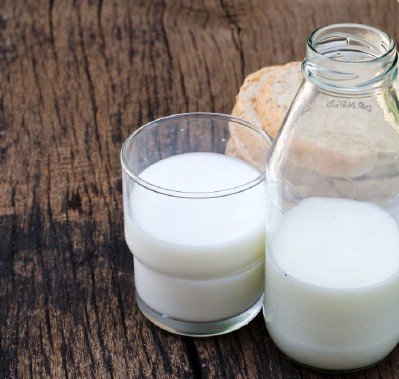 Going away for the weekend but still have a lot of milk left in the fridge? The good news is that you can freeze your dairy before it spoils so that you can still enjoy teas and coffees upon your return. If the bottle is full, make sure to pour out a bit so that there is enough room for the inevitable expansion. When it’s time to thaw, stick it in the fridge for a day and give it a good shake every now and then. The best time to freeze milk is when it’s at its freshest; don’t keep it in the freezer for longer than six weeks. 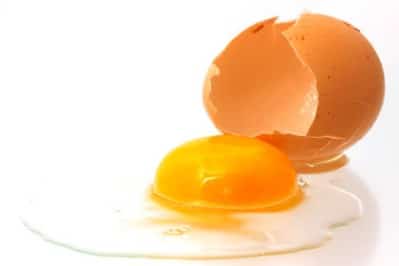 Yes, eggs! A raw egg in its shell could expand and crack in your freezer (ew!), but a de-shelled egg can last for about six to eight months when frozen. Crack and whisk your eggs and then pour them over into individual freezer bags or even ice cube trays. 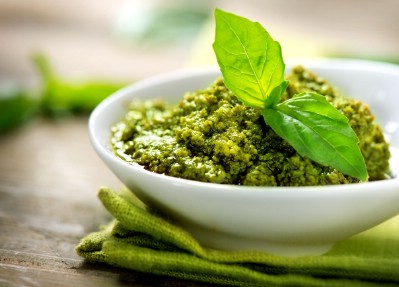 Basil pesto can live happily in the freezer for about six to eight months. When you want to make that delicious pasta sauce, you can either let it thaw at room temperature or in the fridge.

Similar Project:  Kitchen Quickie: Easiest Recipe for Soft Caramel Made in a Microwave 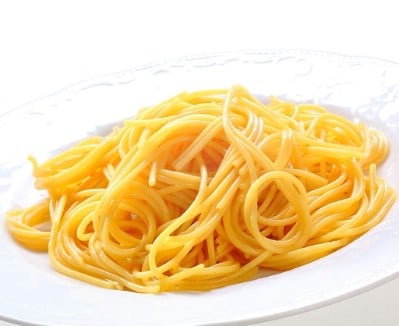 Speaking of pasta, when cooking the delicious carby meal, you often find that your eyes are bigger than your stomach. If you have way too much pasta left over from dinner, freeze it instead of tossing it. Once the pasta craving comes around again simply sprinkle it with some water and heat it up in the microwave. The same goes for cooked rice. 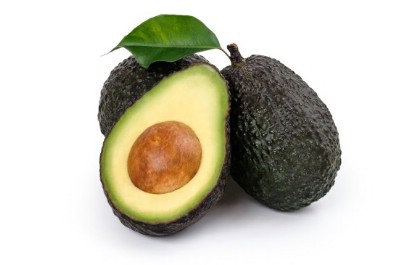 Who doesn’t love avos? And who doesn’t curse the vegetation gods when avo season comes to an end? If you want to stock up for the gloomy avo-less days then just freeze a couple extra when they're in season. You can either cut them in half, peel them, and freeze them like that, or mash them up with lemon juice and freeze as a puree. The freezing alters the consistency so once thawed, use them for guacamole or dips. 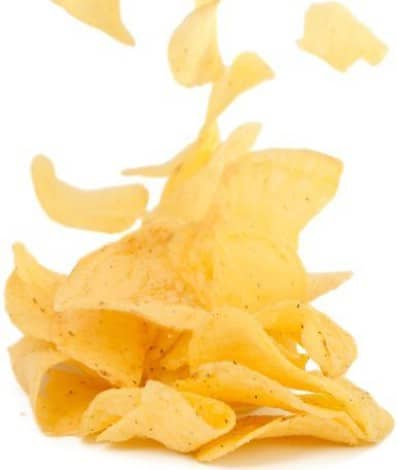 Want some nachos to go with your defrosted guacamole? Pull them from the freezer! Chips can be stored in the freezer to halt the insane speed at which they go stale. You’ll only need to wait a few minutes for them to defrost. 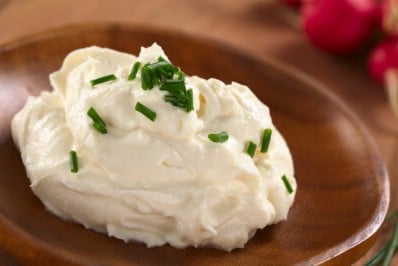 Everyone knows that regular cheese can be stored in the freezer (slice or grate it beforehand to prevent crumbling), but you may not know that cream cheese is no exception. The consistency will change so it won’t be perfectly spreadable for your morning bagel, but it’ll still be in good shape to use for baking or cooking. Freeze it in its original packaging within an airtight container or bag and it’ll be okay for about three months. 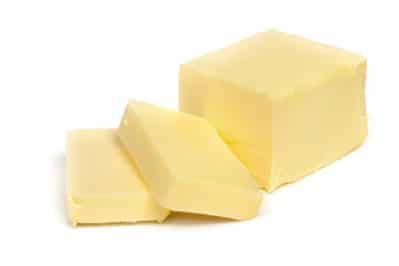 Butter makes everything taste better, but if you’re not going to use it all before it’s expiry date, go ahead and freeze it – give it a second layer of wrapping. Both butter and margarine can last in the freezer for about four months. 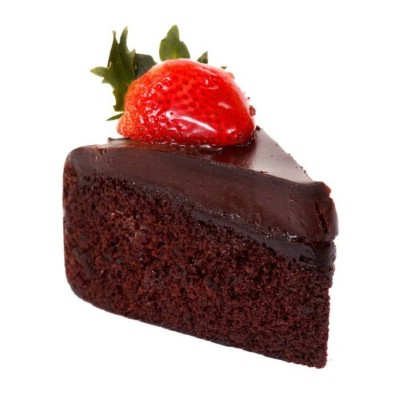 Baking a cake can take up quite a bit of time, never mind all the mess that it creates as well. Next time you have to bake a cake, why not bake two? You can wrap the second one in cling wrap and freeze it to save you time and fuss next time a birthday comes around. Just don’t frost or decorate it yet; that doesn’t freeze quite as well. 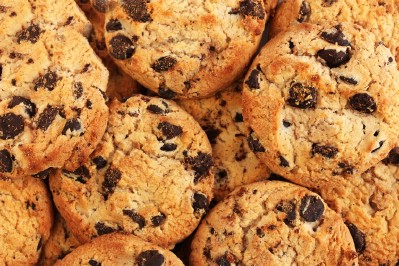 Cakes aren’t the only baked goods that freeze well; instead of eating that entire portion of fresh-from-the-oven choc chip cookies, wrap them individually and freeze them for later. Freshly baked cookies can stay in the freezer for about a month, whereas as store-bought muffins can stay in there for twice as long (just stick them in the microwave when your stomach starts rumbling). You can even freeze cookie dough and just pop them straight in the oven when it’s baking time. 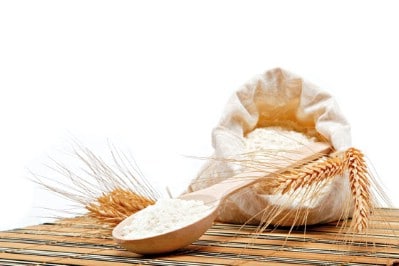 While we’re on the topic of baking, did you know that you can freeze flour too? Storing it in the freezer immediately after purchasing will ward off any creepy weevil infestations, thereby prolonging its shelf life. Don’t just store it in its original paper bag, though; transfer it to a sealed container.

Corn on the Cob 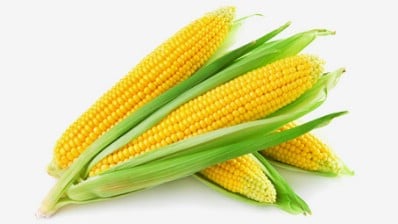 If you’ve bought your corn on the cob fresh from a farmer’s market then stick the whole lot in the freezer as is: husk and all; they’ll last for about a year. If, however, your corn is from a grocery store, husk and blanche them before freezing. 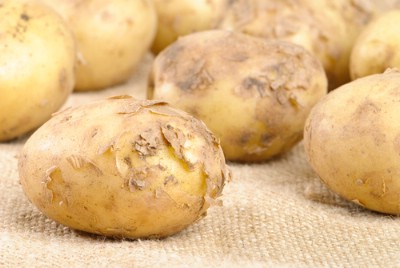 Next time you see that big bag of potatoes on sale, go ahead and buy it; they won’t go to waste! Peel the potatoes, blanche them in boiling water, transfer to a bowl of freezing cold water for about ten minutes, and then freeze them in airtight freezer bags. Next time you plan on making a roast, you can take your spuds straight from the freezer, add olive oil, and simply pop them in the oven. 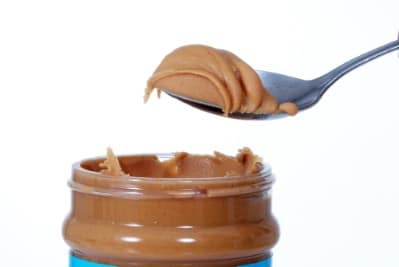 Generally, peanut butter has a really long shelf life, so you may not need to freeze it. But if you found some impossible-to-say-no-to bulk deal on peanut butter, fear not! Frozen organic peanut butter tastes just as good after it has been left to defrost, and there’s absolutely no change in texture either. 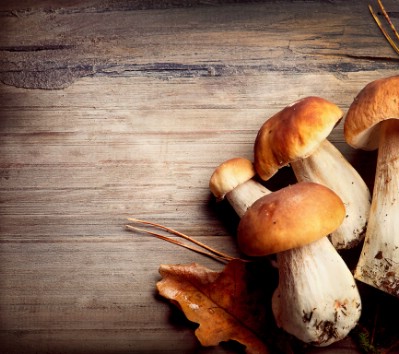 Raw mushrooms can spoil very quickly; they become weirdly slimy and emit an unpleasant smell. If you want to make sure you get the most from these fungi, chop them up, toss them in melted butter, and store them in an airtight container in the freezer. 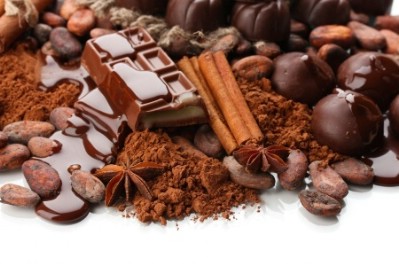 Contrary to popular belief, chocolate can actually be frozen; it just needs to be done correctly. Instead of simply sticking room temperature chocolate in the freezer, bring the temperature down gradually. Put the choccie in an airtight bag (vacuum pack if possible), put it in the fridge for a day, and then transfer it to the freezer. It can stay there for as long as six months. When you want it to thaw, repeat the process backwards so that it doesn’t get sugar bloom (that very unpleasant grey/white appearance). 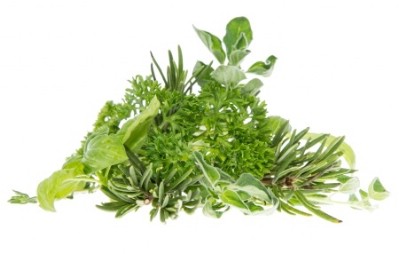 Herbs kept in the freezer will come out limp and low on flavor, but there’s a great trick to preserving their freshness. Chop the fresh herbs, place them in an ice tray and freeze them in either some melted butter, olive oil, chicken/beef/vegetable broth, or even just some plain water. You can easily pop your little frozen parcels into soups or stews during the colder months. 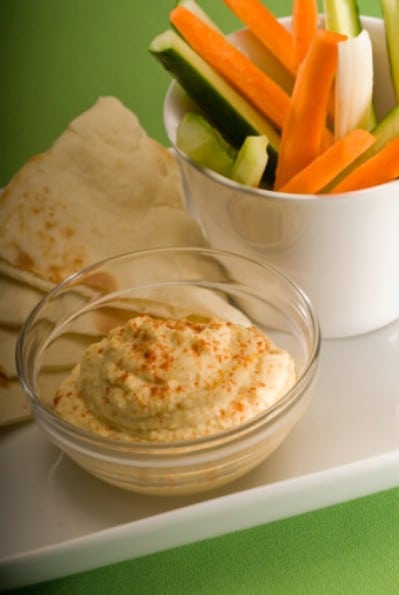 This Eastern Mediterranean chickpea dip can also be stored in the freezer if you don’t plan on scoffing it all in one sitting. Just make sure to drizzle some olive oil on top of the hummus before closing the container and freezing – this helps prevent it from drying out. When you want to bring it out again just thaw it in the fridge for a day, mix well, and enjoy! 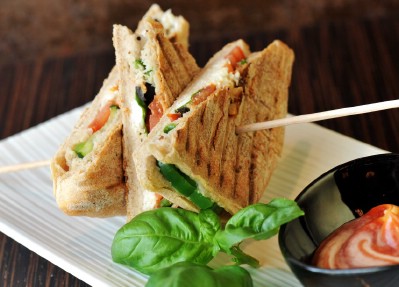 No one like getting up any earlier than they have to, especially if making sandwiches is the early morning chore. Make the sandwich the night before and keep it in the freezer; you can throw it in your hubby or kid’s lunchbox in the morning and it’ll thaw out naturally by lunchtime. Take note, though, that mayo, lettuce and tomato shouldn’t be frozen – rather add these in the morning. 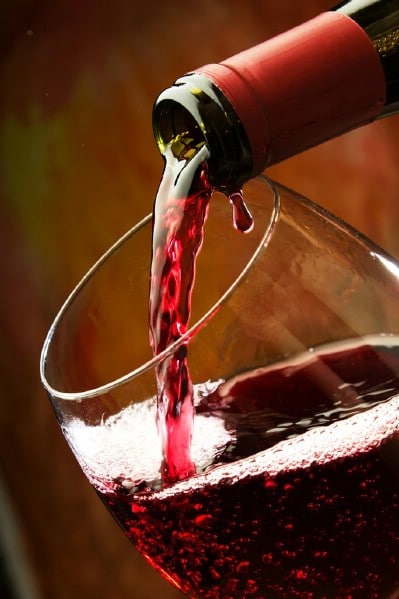 Personally, we never have leftover wine that can go to waste, but we accept that you may not want to waste space in your fridge with a quarter-full bottle. Freeze the wine in an airtight bag or even in an ice cube tray to keep for cooking purposes. It can stay there practically forever and the freezing process doesn’t have any negative effects on the taste. If you buy the same type of wine again later, you could even use the wine blocks as ice cubes; that way the regular ice cubes won’t melt and water down your beverage.