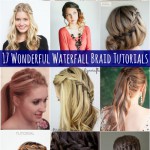 TLC may have told us not to go chasing waterfalls in their ‘90s hit song, but when it comes to striking and beautiful hairstyles, I’d recommend that you avoid the girl group’s advice. These stunning cascading braids guarantee a soft and elegant look, and although you may be familiar with the traditional waterfall half crown, you’ll be surprised to see just how many different versions there are of this classic style. I’m not going to lie, some are a little more complex than others, but that’s the fun of experimenting.

If you’re running low on time in the morning and need something simple and fast, perhaps give one of our five-minute styles a go.

Start with the Basics

A basic waterfall braid is actually quite simple to achieve, and it looks so classy and elegant. You can do it with either straight hair or curled, although the latter certainly gives you more of a romantic look.

You don’t necessarily have to keep going with the braid all around your head. If you’re not sure on that wrapped around crown look, then this tutorial shows you how to stop halfway and pin it in place so that you just have it on one side. 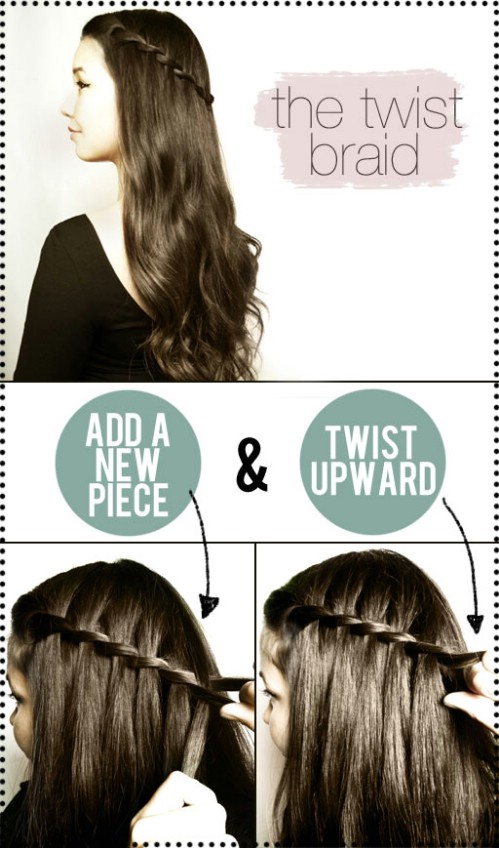 For a fun yet simple twist on the traditional waterfall, try this twisted version (see what I did there?). Basically, you just twist the strands upwards as you let a third strand hang through for the cascading waterfall part. 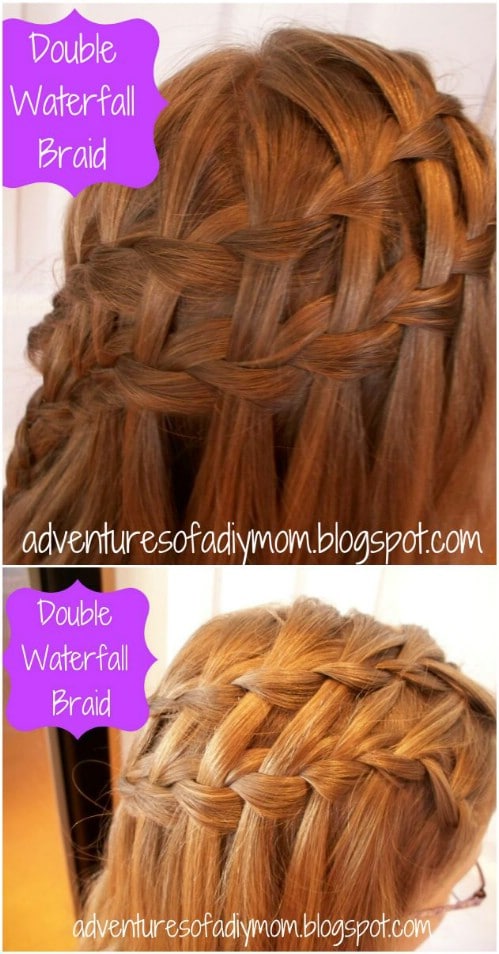 Sometimes, if you really love something, then there’s no reason not to double up on that love. This double version creates a second waterfall braid underneath the first one using the cascading strands from above. Thankfully, it’s not as complicated as it sounds.

Ok, so I may be getting a little carried away here, but I promise I won’t go on to a quadruple version. This just looks so interesting and professional! It’s the same concept as the double waterfall, only you add one more braid below the second one. Take note, this may only really work out with thick hair. 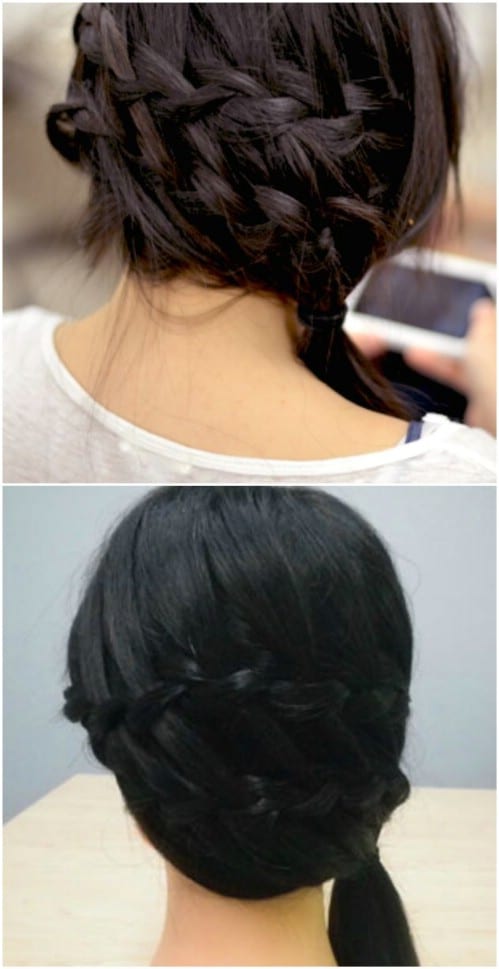 I love this style – it almost looks like a basket weave at the back of your head. This gorgeous look is achieved with two waterfall braids, after which you simply sweep the remaining hair to the side to tie into a ponytail. 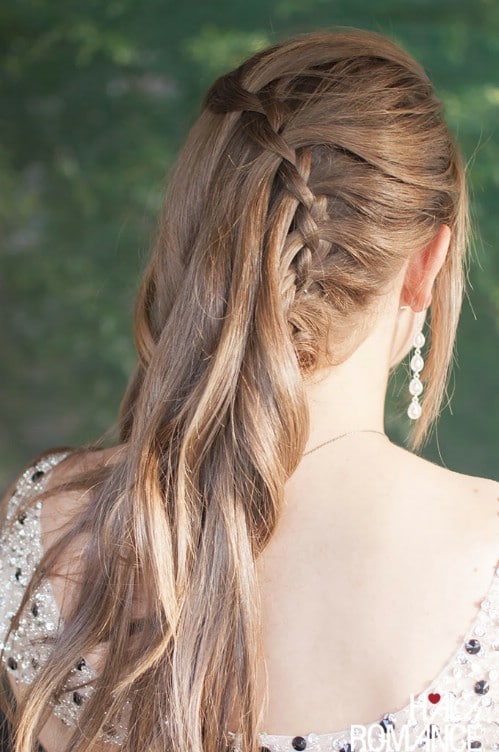 This is such an interesting take on the glamorous, classic Hollywood sideswept style. Instead of taking the braid across horizontally, you bring it down vertically so that you can sweep your unbraided hair across over your shoulder.

Loose Waterfall Side ‘Do

To me, this is the ultimate soft, romantic hairstyle that’s absolutely perfect for a wedding (either as a bride, bridesmaid or guest). The combination of loose waterfall, curls and side loop is a definite winner.

If you have thin, fine hair then you may struggle to keep the strays in the actual ‘do. So if you still want the gorgeous waterfall look, follow this tutorial that shows you how to incorporate and secure your bangs.

This is definitely one of my all-time favorite hippy/boho hairstyles. Basically, you make a waterfall on each side of your head, but instead of a simple wraparound, you cross the two braids at the back and then pin them at the front.

Waterfalls don’t only have to go at the back of your head, you can start them on the top middle part for something a little different. What I really like about this look is that it’s a little more rock/punk than most of the more soft and romantic waterfall styles. 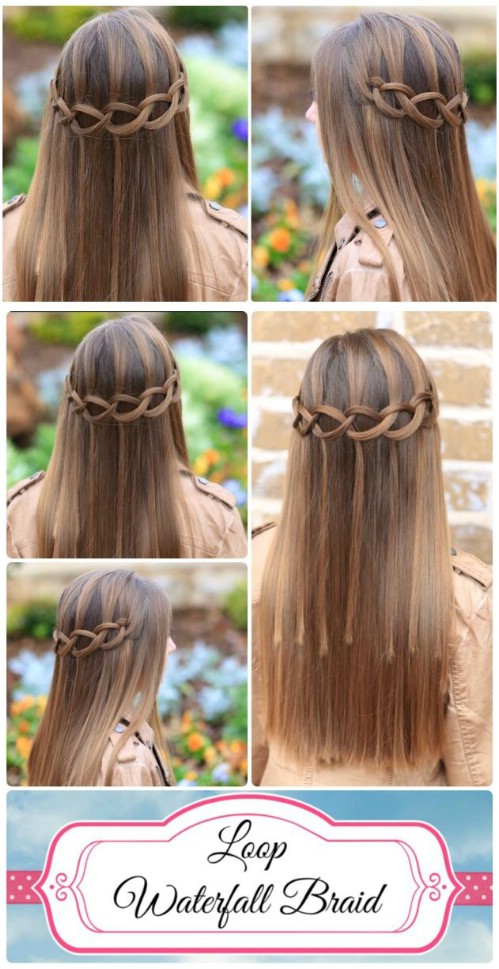 I’ve been mesmerized with this style ever since I first laid eyes on it, so I’m glad I have an opportunity to share it now. The loops create a chain link effect that’s just so unique! This one is a little complicated to understand, so I recommend that you watch the video, but once you get the hang of it, it’ll be a breeze. 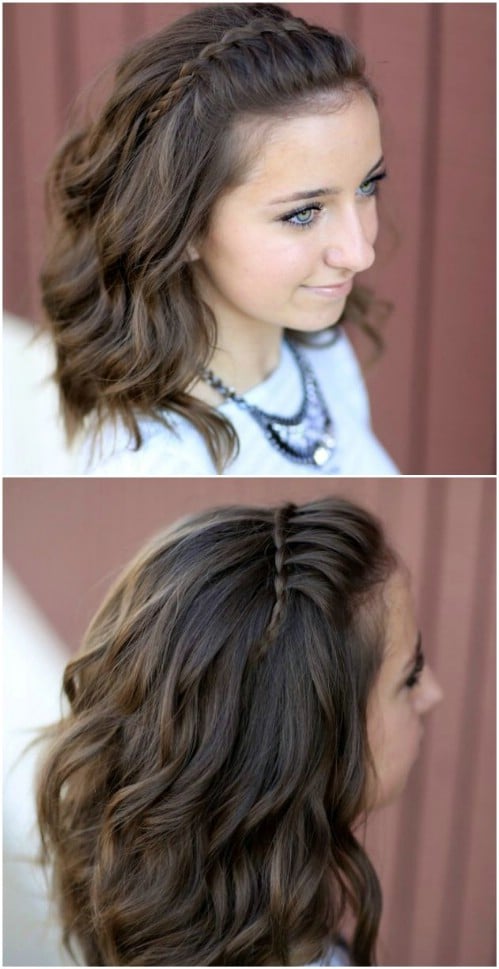 This is a great look if you just want a hint of waterfall, and especially if you want to get your bangs out of your face or if you’re in the middle of growing them out. Thankfully, this is also super easy and should just take a couple of minutes. 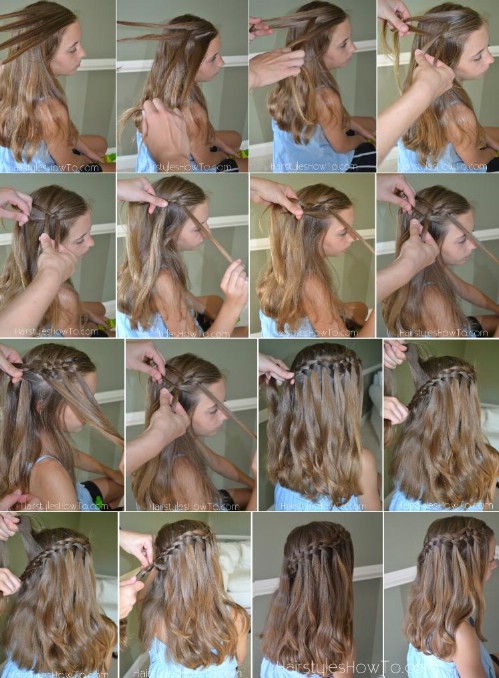 Instead of braiding with three strands as you normally would, this style adds in an extra strand for a chunkier, bolder take on the classic waterfall. If you want it to look nice and big, simply pull on the stands a bit once you’re done to make it appear ‘fluffier’.

With this style, it’s important to angle the braid down diagonally (instead of going straight across) so that the remaining hair ends up under your ear on the opposite side. Then there’s just a bit of scooping and twisting to finish it off. 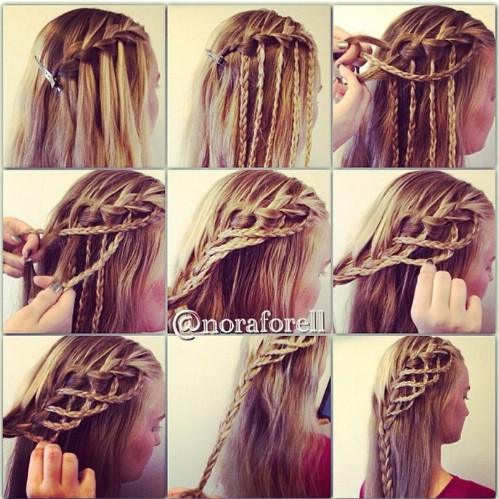 This looks extremely complicated but it’s really not that tough to pull off. After starting with a regular one-sided waterfall, you braid each cascading part individually and add those into the waterfall. What a masterpiece!

This reminds me of the amazing hairstyles in Game of Thrones, and I truly am in love! It’s like a magical symphony brought together by a combination of a waterfall, a braid and mermaid ‘do, all rolled into one seriously interesting look.