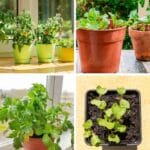 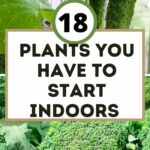 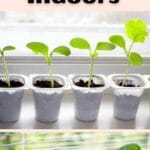 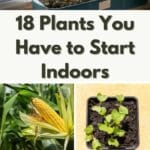 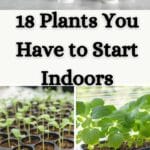 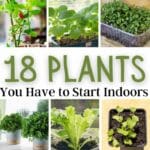 Growing a garden seems simple. Plant a few seeds, sprinkle them with water, harvest, and repeat. 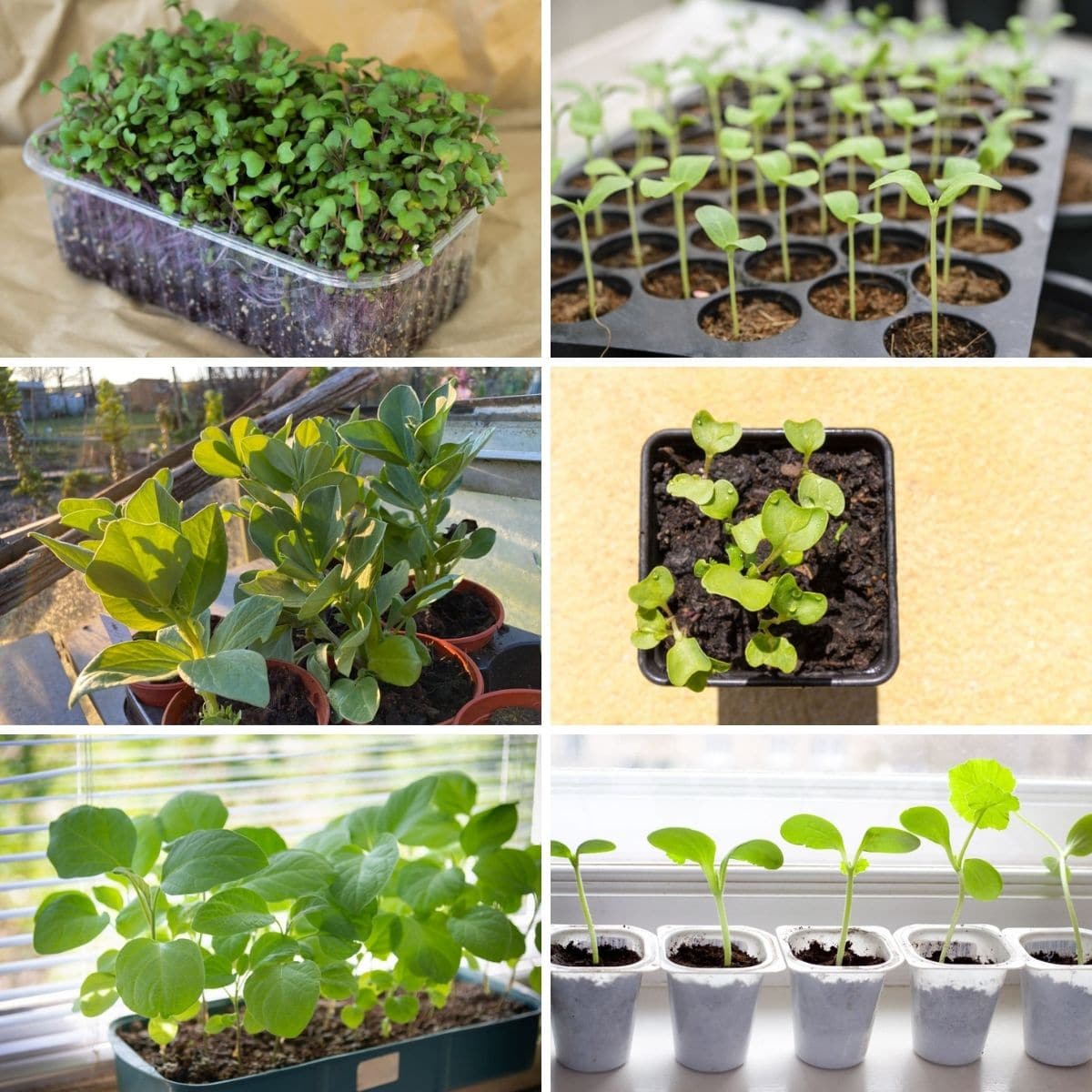 Wrong. In fact, there are so many missteps you can make as a garden, which is why so many gardeners take to the Internet, the advice columns, and their green thumb friends for advice on how to become more successful at growing their favorite fruits and vegetables.

One of the most common mistakes that gardeners make is putting their seeds outside before the weather has adequately warmed. On the flip side, some people wait too long, hoping for the weather to get just a little bit warmer before planting – and before they know it, they’ve planted far too late.

Starting seeds indoors is a good way to reduce your gardening stressors and your overall dependence on the finicky patterns of Mother Nature. By starting seeds indoors, you can get a jump start on the growing season and get your plants off on the right foot.

Here are 18 plants you have to start indoors in order to make the most of your growing season. 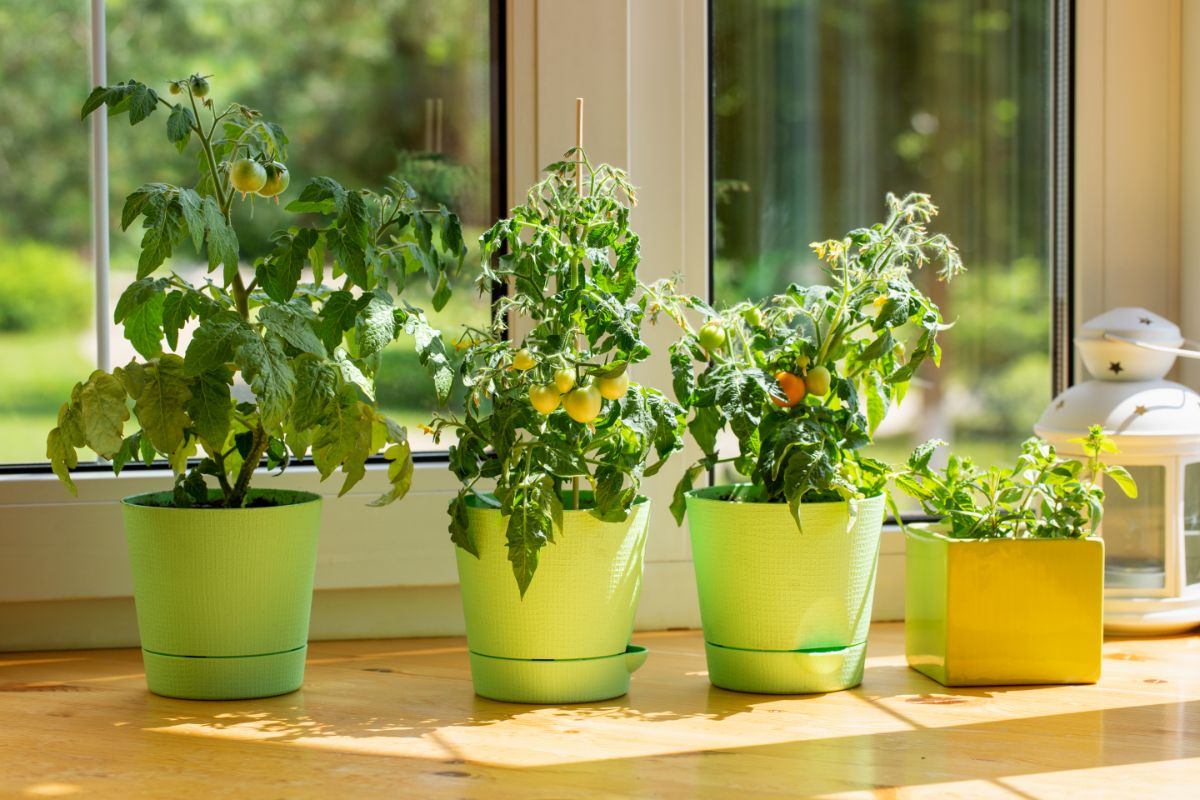 Tomatoes are warm-weather plants that require an exceptionally long season in order to mature and set fruit. Almost all tomato varieties, regardless of whether you are growing cherry, sauce, or beefsteak tomatoes, should be started indoors.

Get them here: Seedsnow 61 Type of Tomato Seeds. 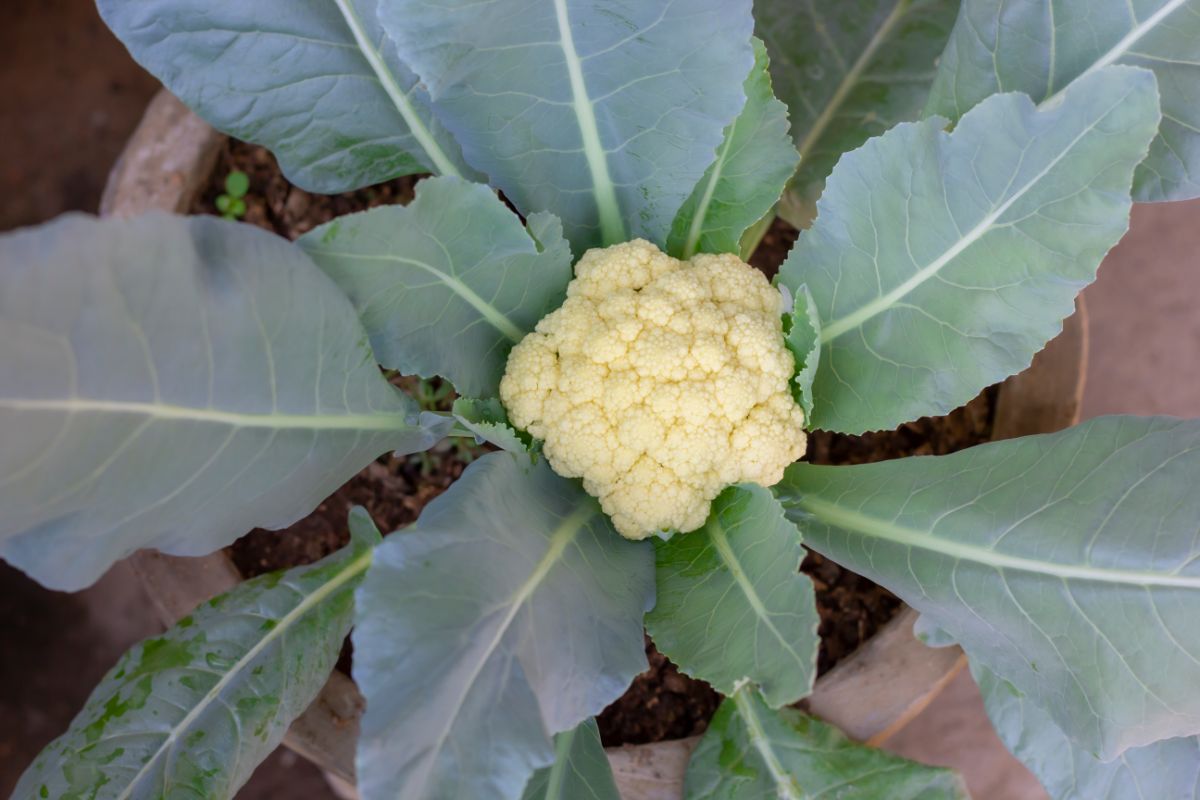 Technically two plants, we know – but both are worthy of a spot on this list. Although these plants are considered cold-weather crops, doing well in the cooler spring and autumn months, they take a long time to grow. They’re also easy to transplant, so you won’t have to worry about stressing them out when you move them outside. 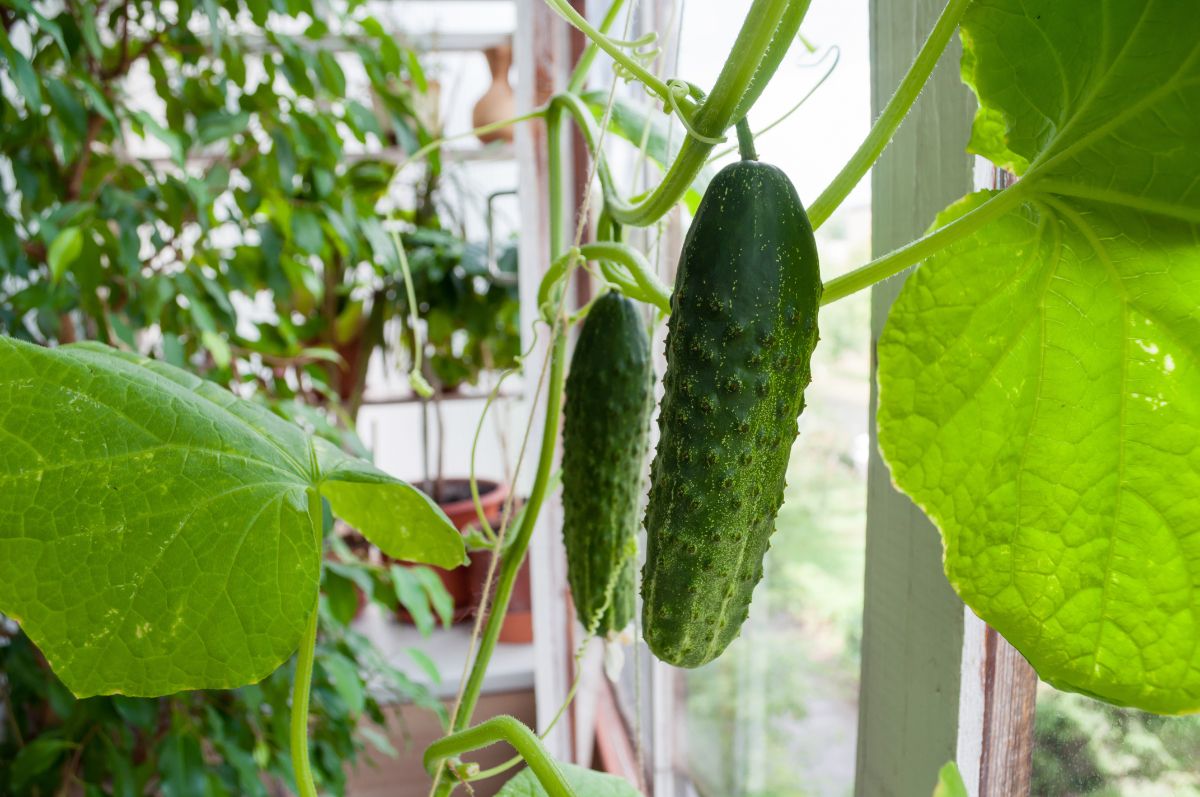 Cucumbers don’t like having their roots disturbed, which is why many gardeners choose to sow seeds directly in the garden. However, this dramatically reduces your growing time and potential yield. To get around this, sow your seeds in peat pots so you can pop the seedlings directly into the garden. The soil temperature should be a minimum of 60 degrees before you transplant.

Get them here: Cucumber 35 types with reviews 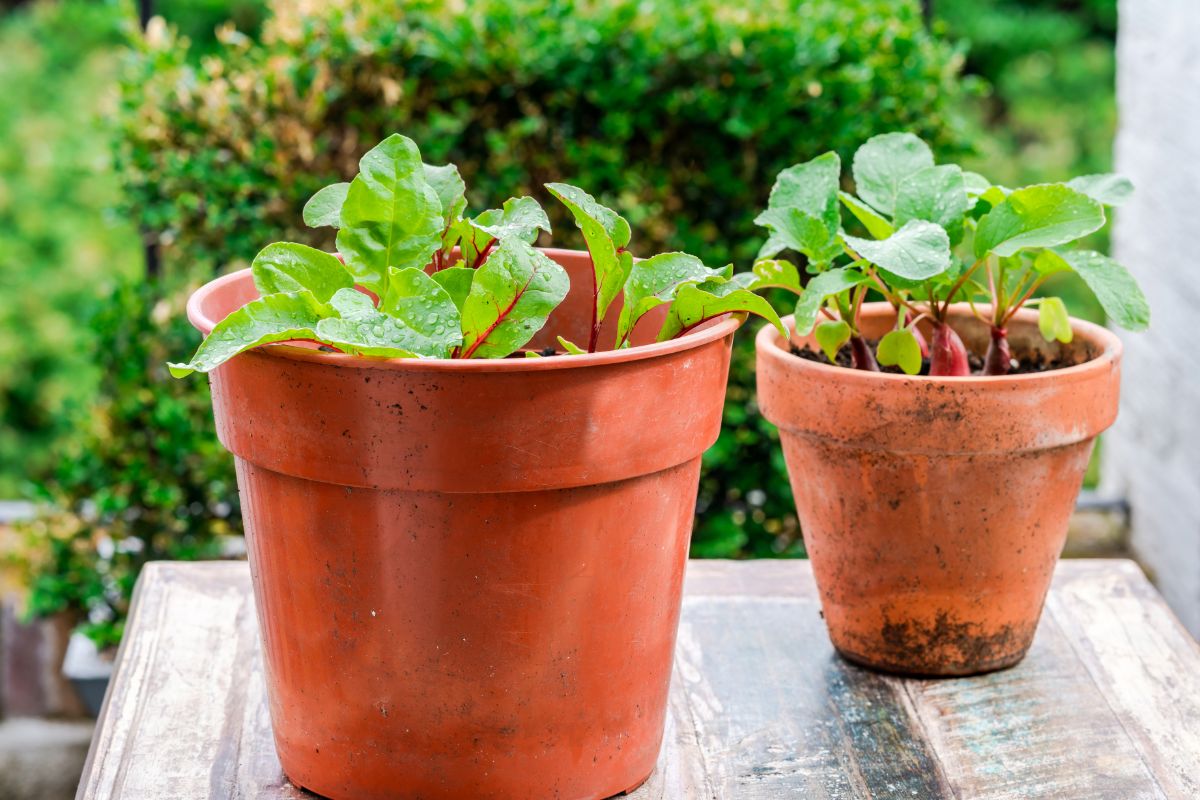 Most people avoid starting root vegetables, like beets, indoors. That’s because they are extremely difficult to transplant. However, if you start your seeds in peat pots, you can easily transplant your beets into the garden later on and you won’t have to worry about working the fragile roots out of a seed-starting tray.

When growing beets indoors, you’ll be best off growing them under fluorescent lights, which will help them grow to the greatest extent possible. Other good root crops to start indoors include leeks and onions.

Get them here: Beets (12 types with reviews and photos) 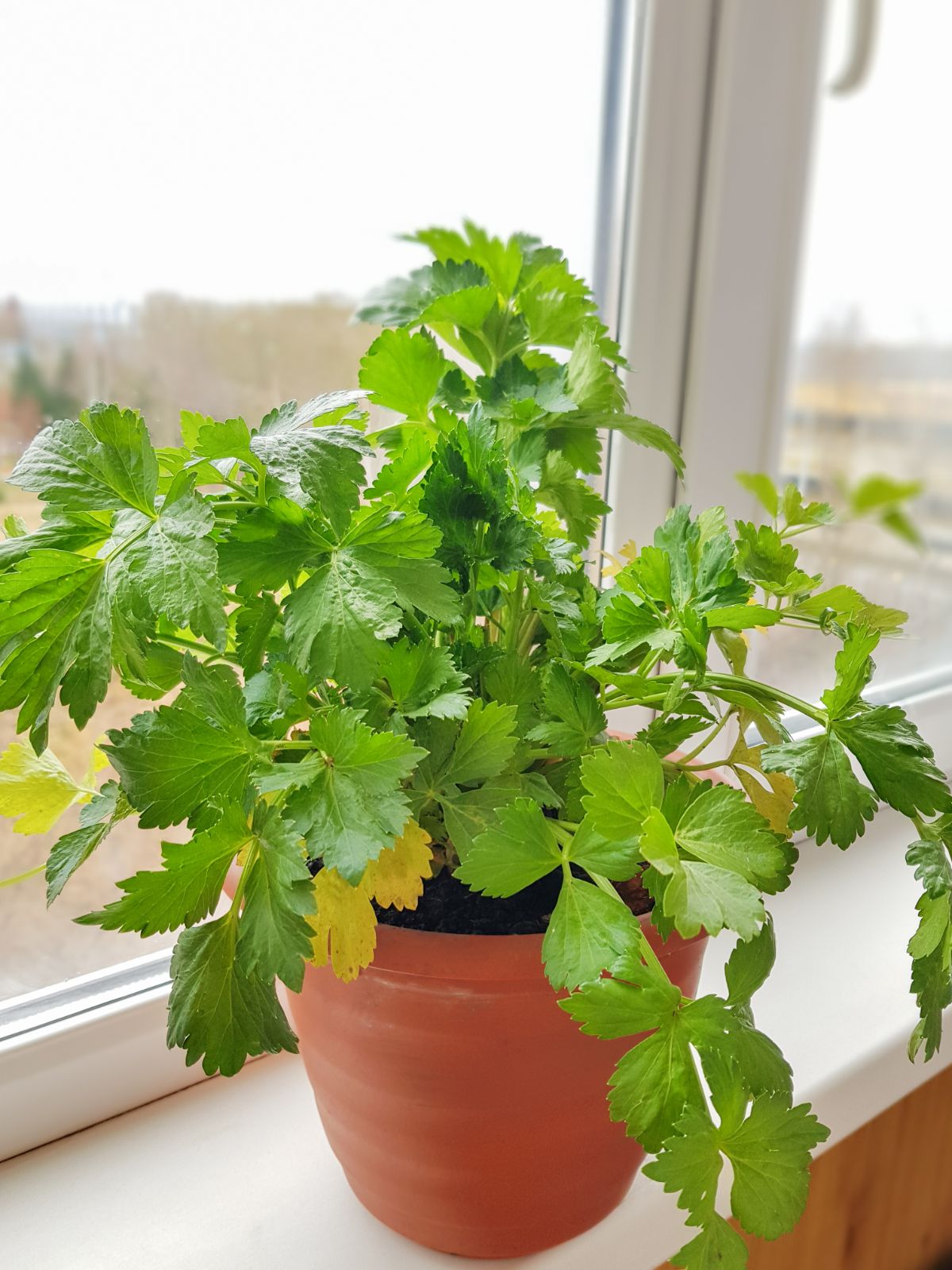 Very few gardeners take on the daunting task of growing celery – but it’s something you should try. Celery can be tough to grow since it has a long growing period – about 140 days, most of which should be in cooler weather conditions.

Starting celery seeds indoors is a smart choice because you will have plenty of time (and at cooler temperatures) to cultivate your crops. Plant your seeds about 10 to 12 weeks before the last frost. You can transplant the seedlings when they are around four to six inches tall.

Get them here: Celery (17 types with reviews and photos) 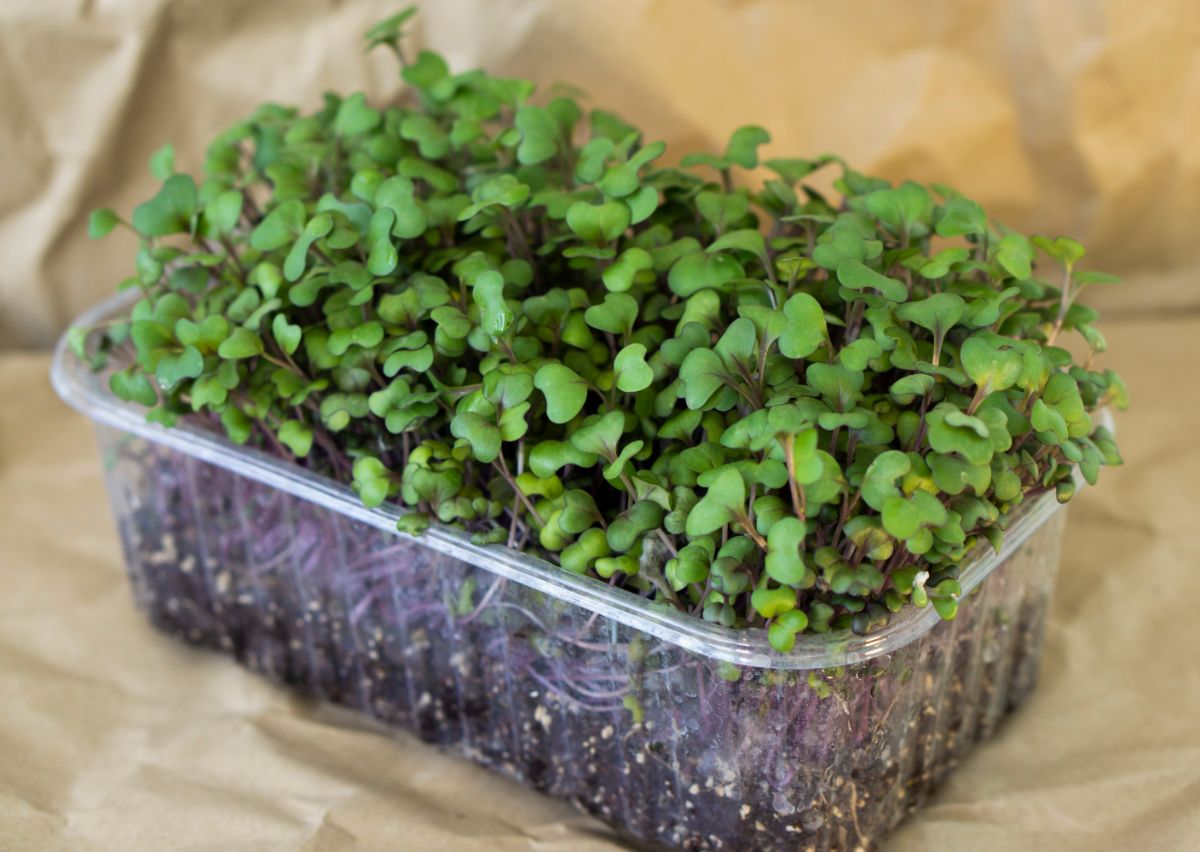 Cabbage is another cool-season crop that grows well when exposed to a longer growing season. You can start your cabbage indoors about four to six weeks before you transplant. The seedlings can be placed outdoors just before the last frost.

Get them here: Cabbage (36 types with reviews and photos) 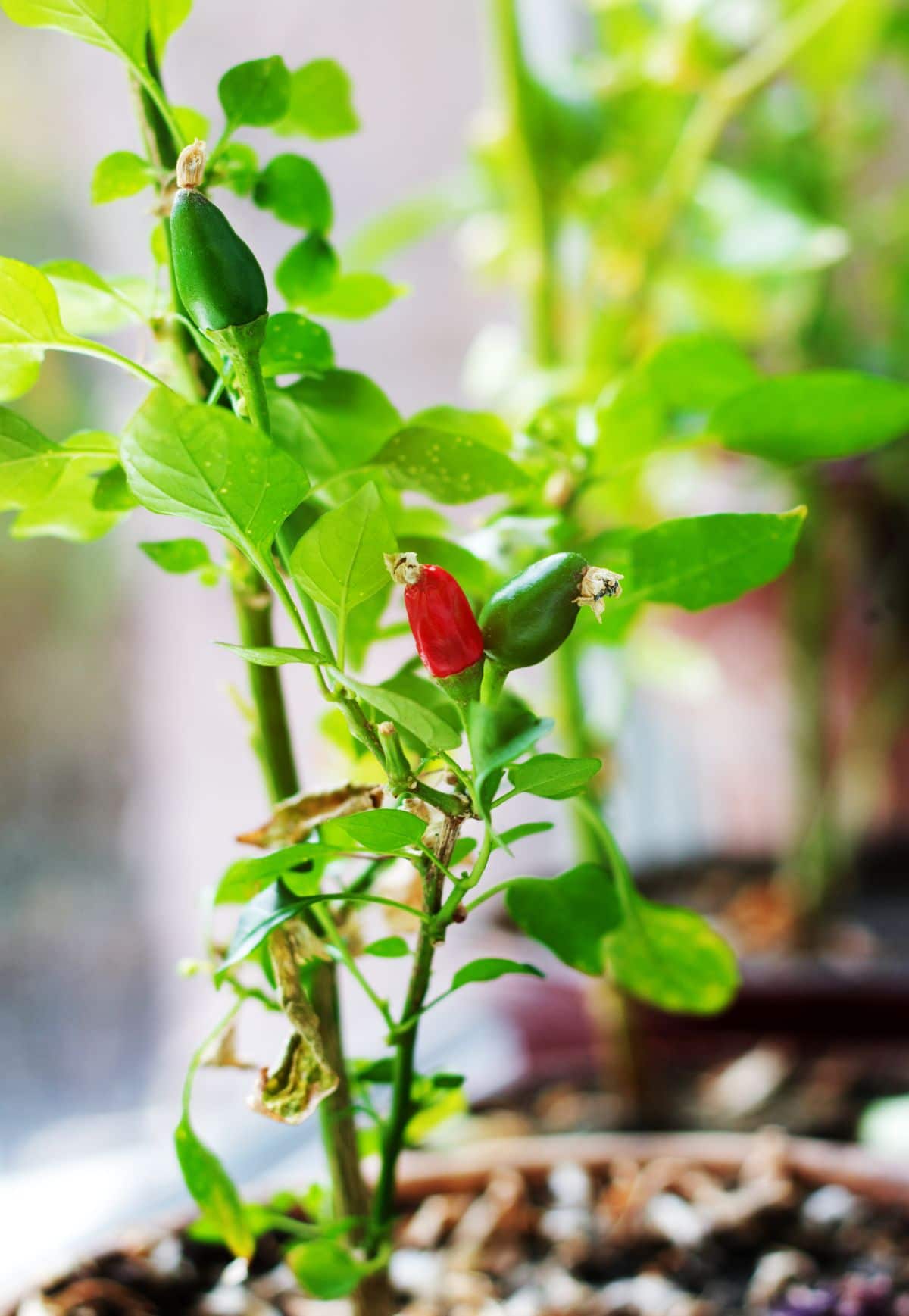 The pepper is another kind of vegetable that thrives in hot weather. You can (and should!) start both hot and sweet peppers indoors. Since they take quite some time to reach maturity, starting your seeds inside will help you void the risk of either an early-season or late-season frost. Just make sure you wait until all danger of frost has passed before you transplant your pepper seedlings.

Similar Project:  10 Best Kinds of Watermelon and How to Cultivate Them

Get them here: Peppers (41 types with reviews and photos) 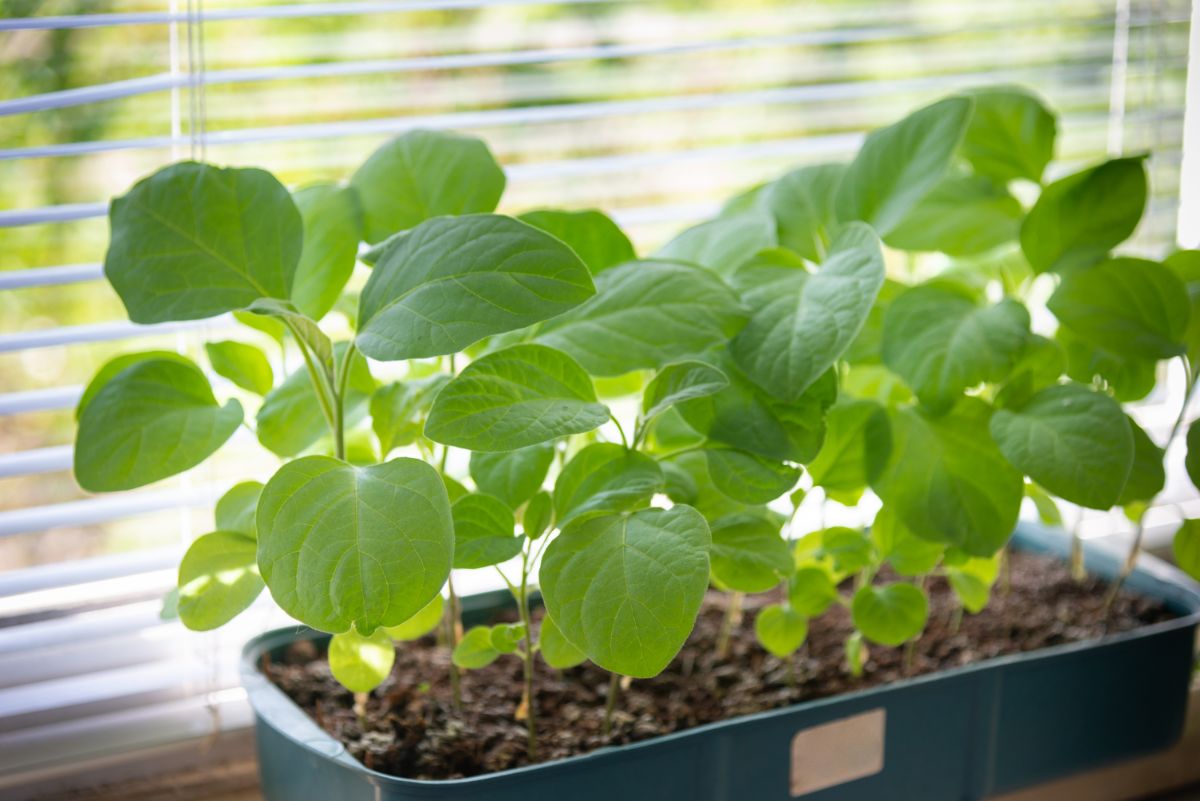 Like tomatoes and peppers, eggplant is another nightshade vegetable with a long growing season. Start the seeds indoors about eight weeks before you need to transplant outside (which should be no sooner than four weeks after the last frost). Your planting location should be warm and sunny.

Get them here: Eggplant (14 types with reviews and photos) 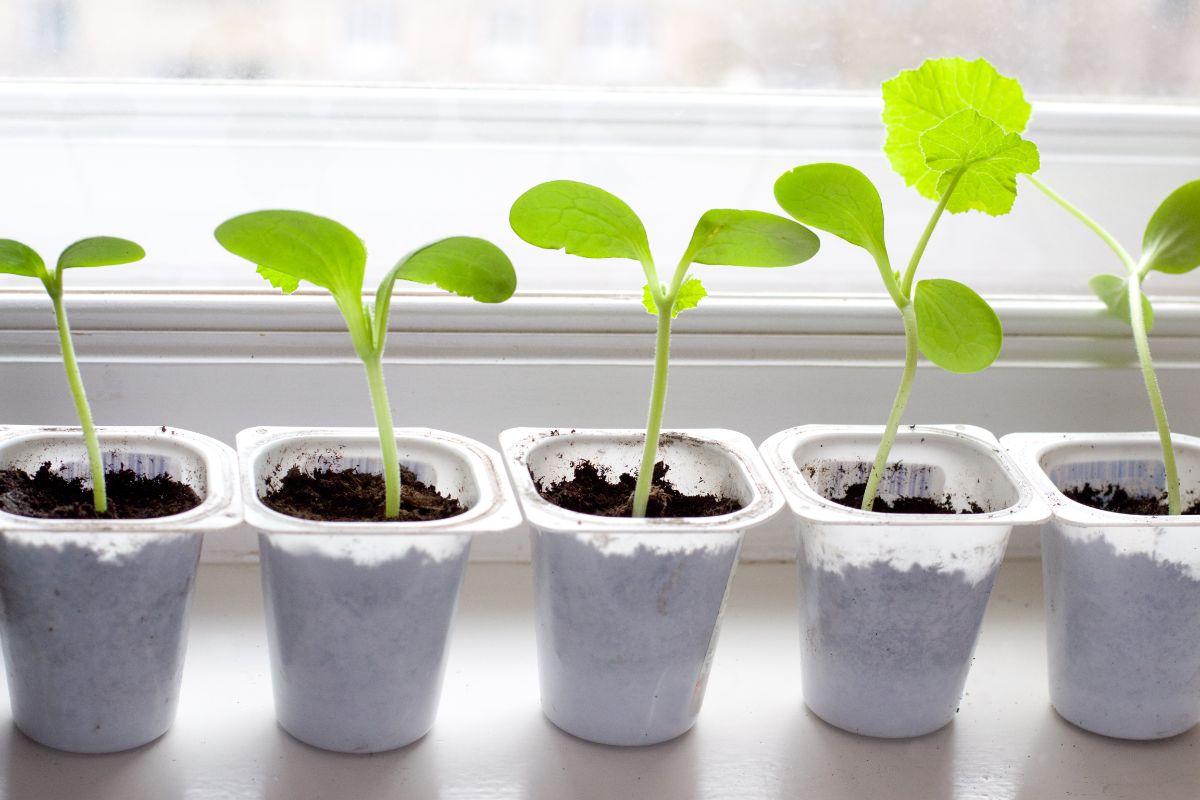 If you want your pumpkins to be ready to go by the time the leaves start changing, you should consider starting seeds indoors. Pumpkins should be grown in individual peat pots, with two seeds planted per pot, to make them easier to transplant into the garden later on.

Get them here: Pumpkins (6 types with reviews and photos) 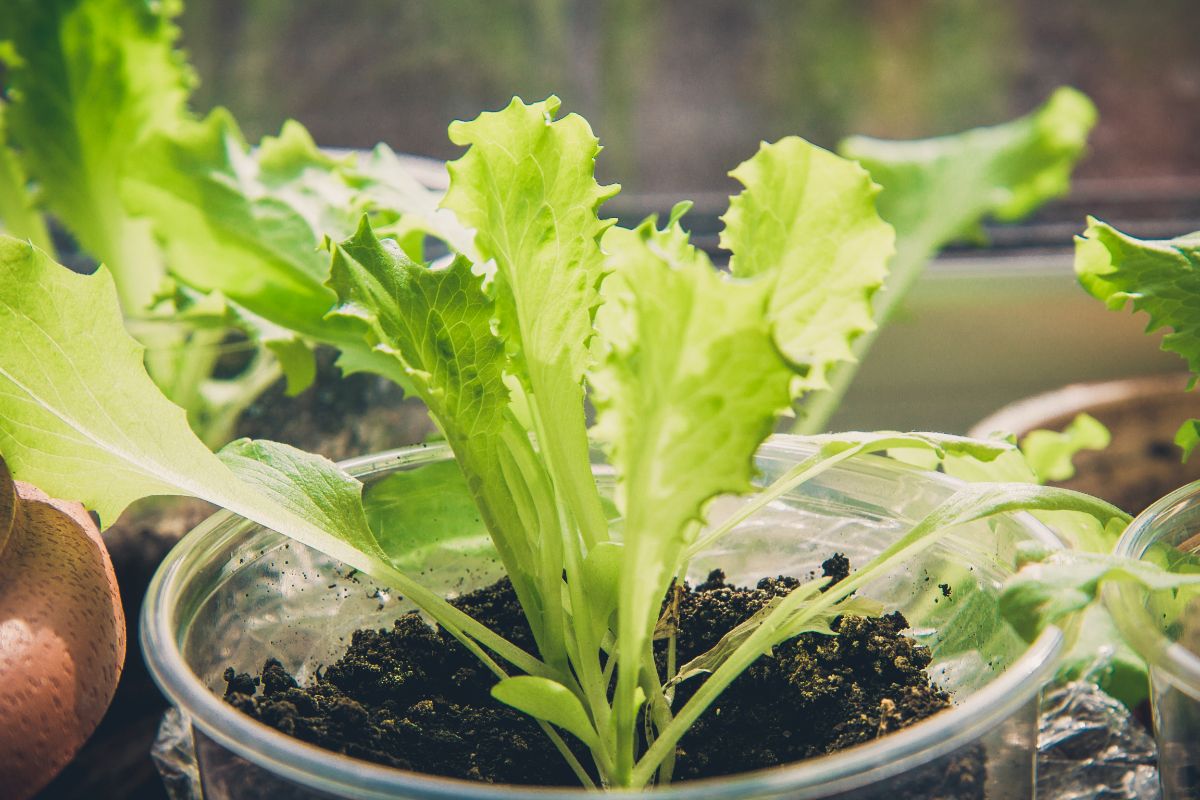 Believe it or not, lettuce is another crop that is a good option for transplanting. Although it’s easy to grow from seed (and matures quite quickly), it does well when transplanted, too. It will continue to sprout even when the soil outdoors is cool in the later weeks of spring. You can start a variety of lettuces indoors and you’ll be enjoying tasty salads long before your neighbors do!

Get them here: Lettuce (106 types with reviews and photos)

A perennial vegetable, asparagus will come back yearly once you get it growing. You should start seeds about 60 to 90 days before the last frost date. Most asparagus varieties produced in the second year and beyond.

Get them here: Asparagus (4 types with reviews and photos) 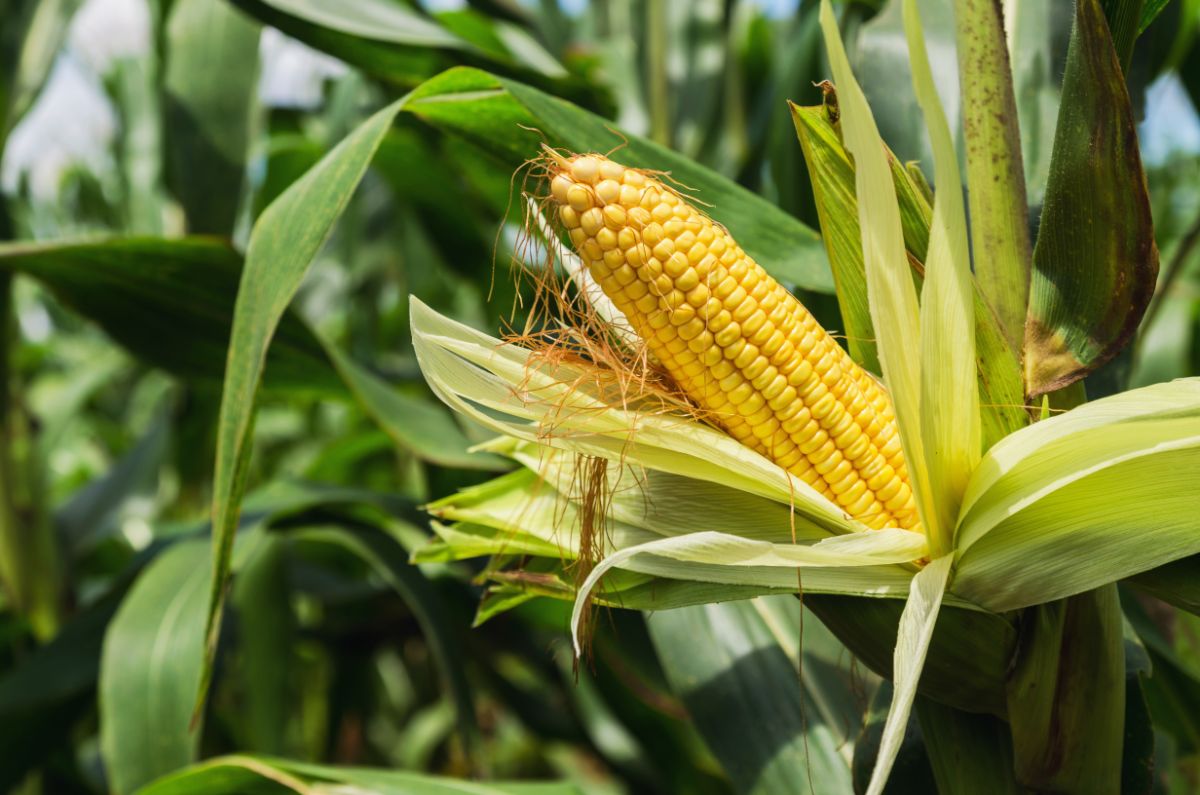 Hear us out on this one – although most gardeners sow corn seeds directly into the garden, it’s really a plant that you should be starting from seed indoors. Start the seeds indoors in peat pots and then, when they are a few inches tall, transplant them to your favorite spot. Make sure you protect the seedlings on chilly nights with a floating row cover but remove the cover during the day so that the plants can be pollinated.

Get them here: Corn (23 types with reviews and photos) 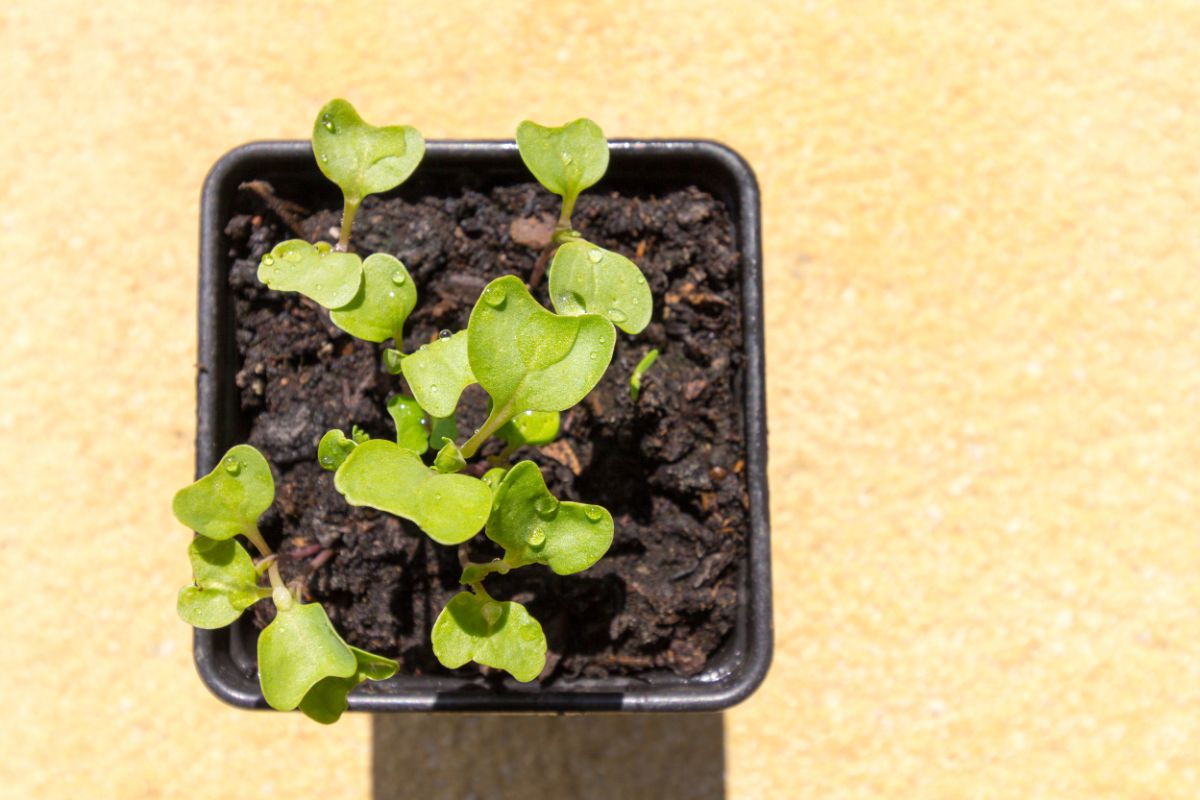 Like broccoli and cauliflower, Brussels sprouts are cool-weather crops that grow best when seeds are started in the summer and transplanted in the fall. A few touches of frost improve the taste of these veggie treats!

Get them here: Brussels Sprouts (7 types with reviews ) 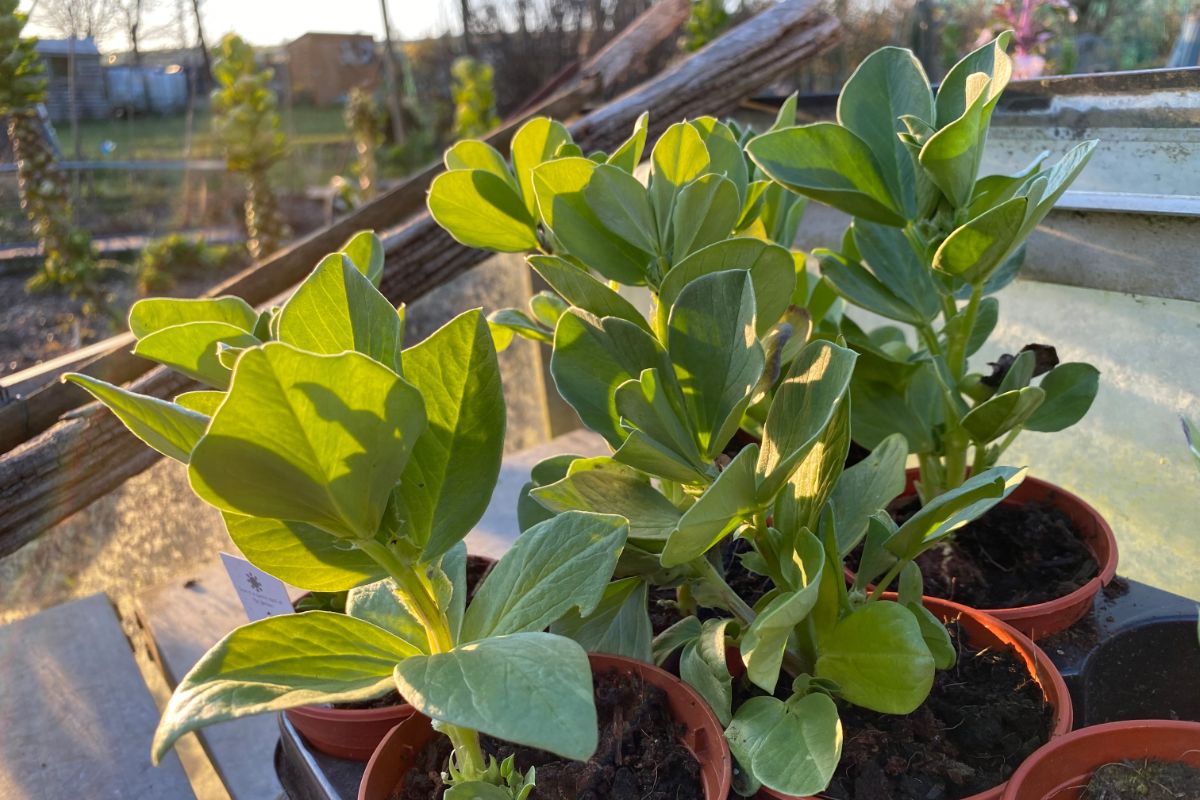 You can start beans indoors or wait to sow seeds in the garden – the choice is yours! However, since beans will continue to produce for you throughout the entire growing season (until the first frost, that is) you may get a better yield by starting plants indoors.

Get them here: Beans (42 types with reviews and photos) 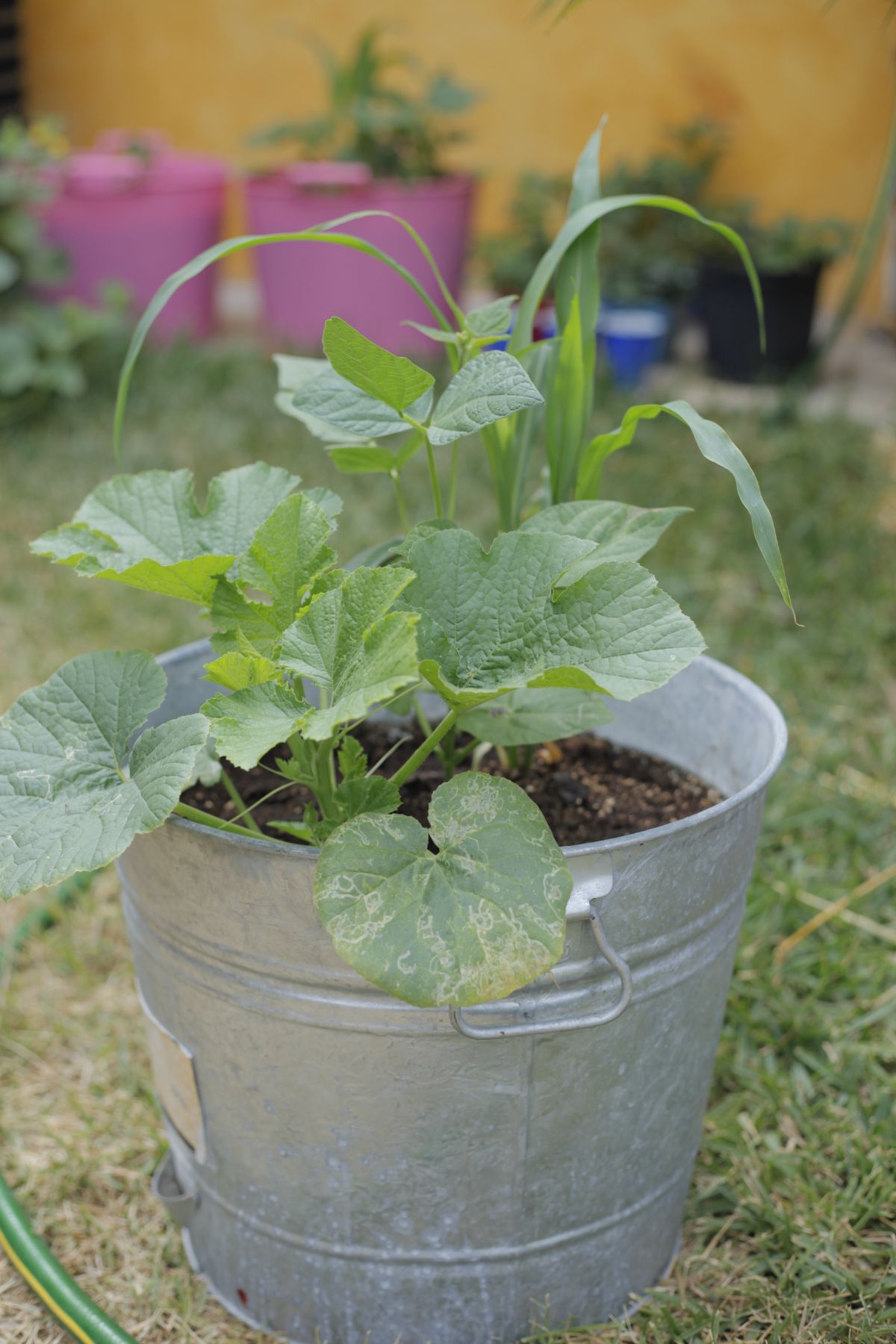 Again, winter squash is a vegetable that most gardeners wouldn’t dream of starting indoors. However, there are some good reasons to consider doing so. For one, I can help eliminate the likelihood of squash bugs decimating your fragile seedlings.

It also takes a while to grow winter squash to maturity, another reason why starting seeds indoors is a good idea. Summer squash grows much faster, so don’t worry about starting these seeds inside – but plant your seeds in individual two to four-inch pots since they’ll get large quickly. You can do this about four weeks before the last predicted frost.

Get them here: Winter Squash (15 types with reviews and photos) 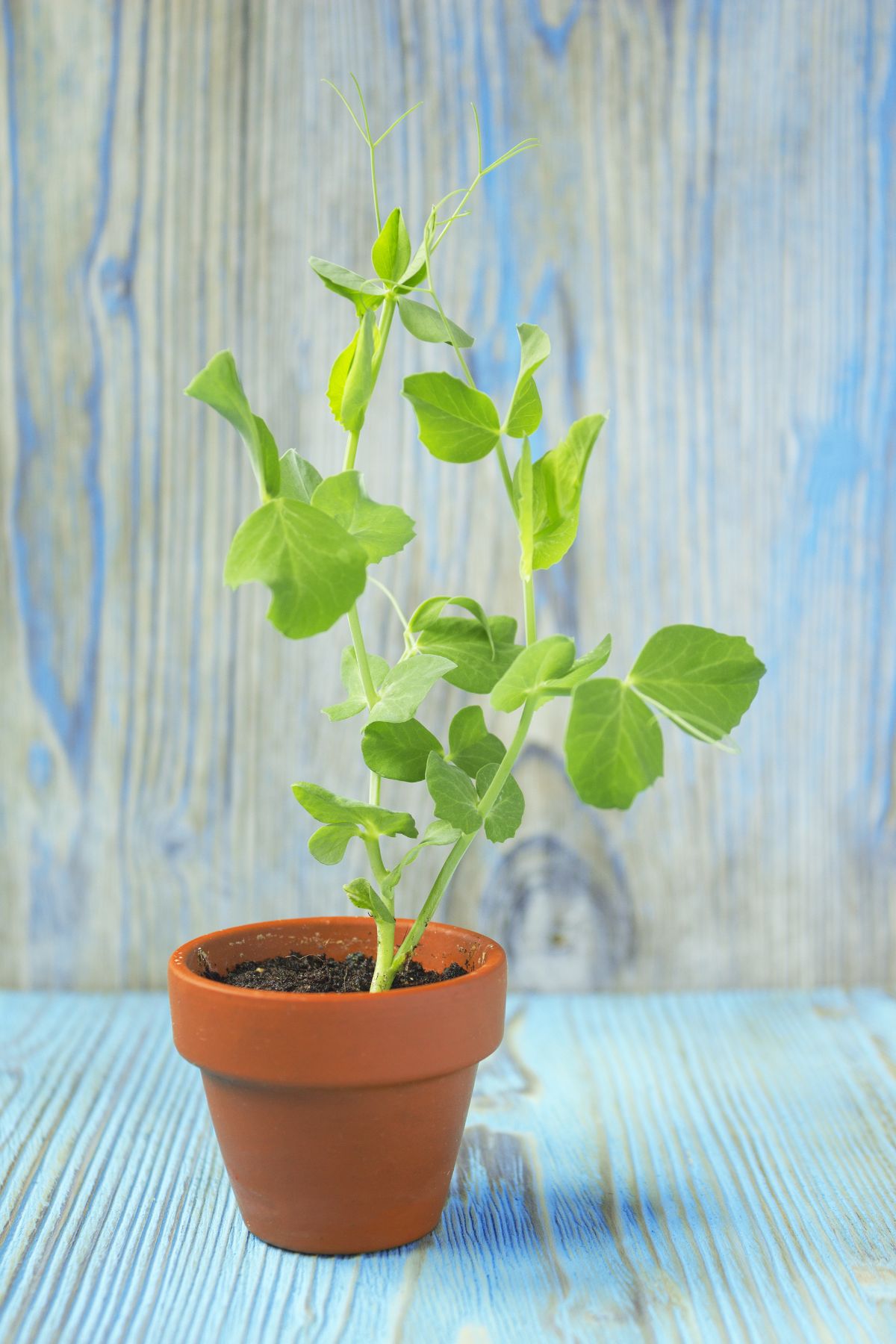 Peas are often started outdoors, but this will take them quite some time to produce. Instead, start them about six weeks before the last expected frost. You can get them outside as soon as the soil is workable – they can handle a light frost. Presoaking your pea seeds is a good idea, as it will improve their germination rate.

Get them here: Peas (22 types with reviews and photos) 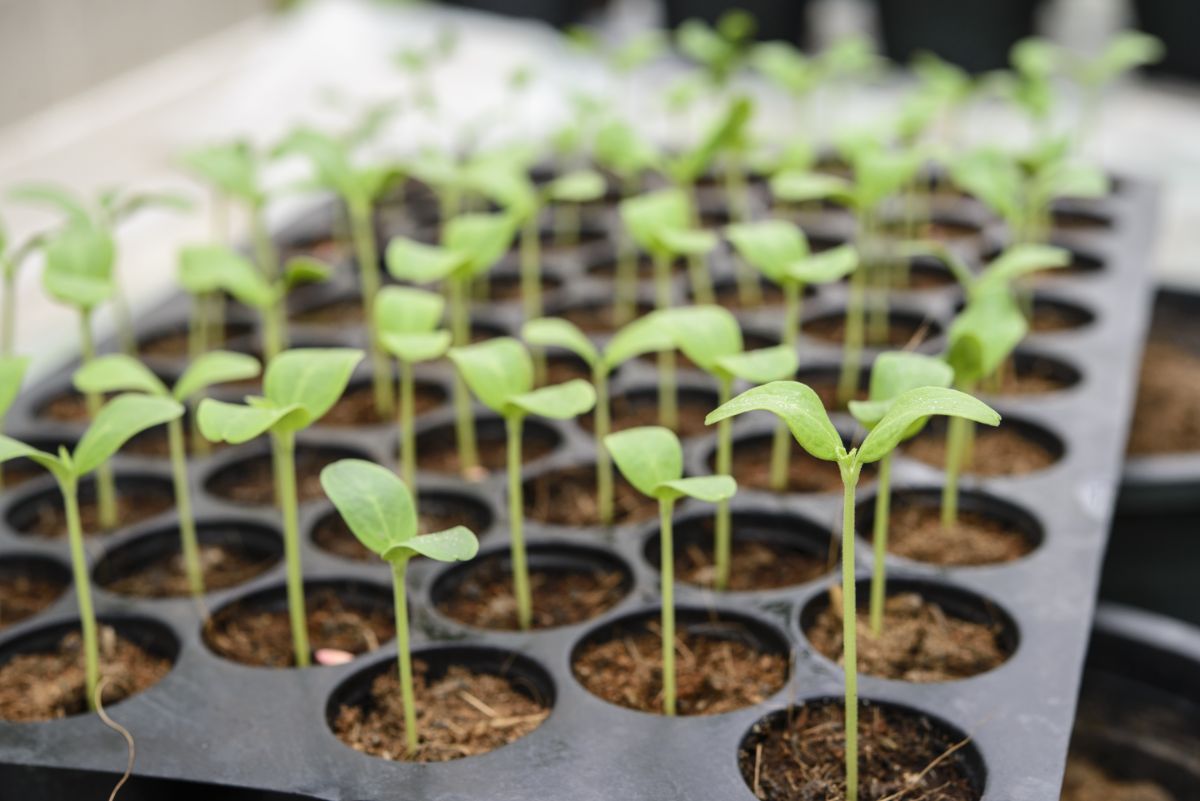 Like cucumbers, pumpkins, and squash, melons should also be started from seed indoors. They require a long span of time where the weather is warm and wet, so jumpstarting your growing season by planting a few seeds under grow lights inside your warm house is a great idea.

Get them here: Melon (42 types with reviews and photos) 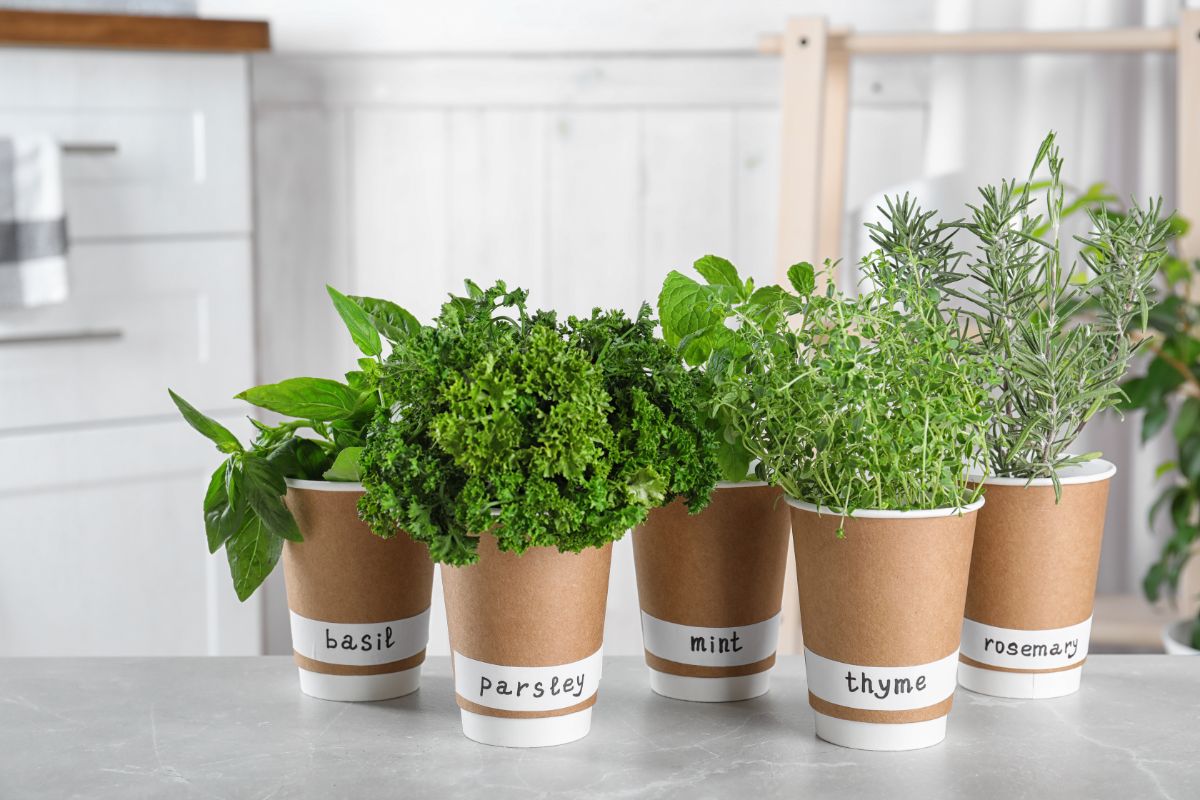 There are dozens of types of herbs you can grow in your vegetable garden, but for the most part, the vast majority should be started from seed indoors. They tend to require a longer growing season and since you’re growing these for a continuous harvest, the sooner they reach maturity, the better.

Get them here: Herbs 180 types with reviews and photos

Some herbs to consider starting from seed indoors include:

Why Should You Start Plants Indoors?

The biggest incentive to start plants indoors is so that you can get a jumpstart on a growing season. By starting your seeds under a grow light inside while there’s still snow on the ground outdoors, you can extend your growing season by several months or more.

Not only that, but your seedlings will also be far more vigorous. They won’t have to worry about growing under the pressures of fluctuating temperatures, wind, and unpredictable rainfall. You will be able to control everything so that your seedlings can focus on doing what’s most important – growing (rather than adapting)!

Most plants benefit from being started from seed indoors, but make sure that if you’re growing any of the 18 plants listed above, you always take the time to do so. It will pay off in the long run!