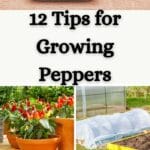 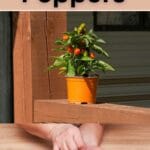 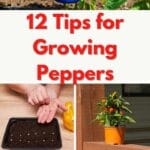 There’s nothing quite like a batch of peppers to really liven up the dinner table!

Whether you’re chowing down on hot peppers or spicing up your favorite dish with a colorful bell pepper, a little bit of pepper can truly go a long way. Many people purchase these veggies at the store, but there’s no reason to - they’re actually quite easy to grow.

If you’re new to growing peppers, you may want to consider these 12 tips for growing peppers. The store-bought ones simply don’t stack up to the ones you will be able to grow at home!

1. Take Some Time to Prepare the Site 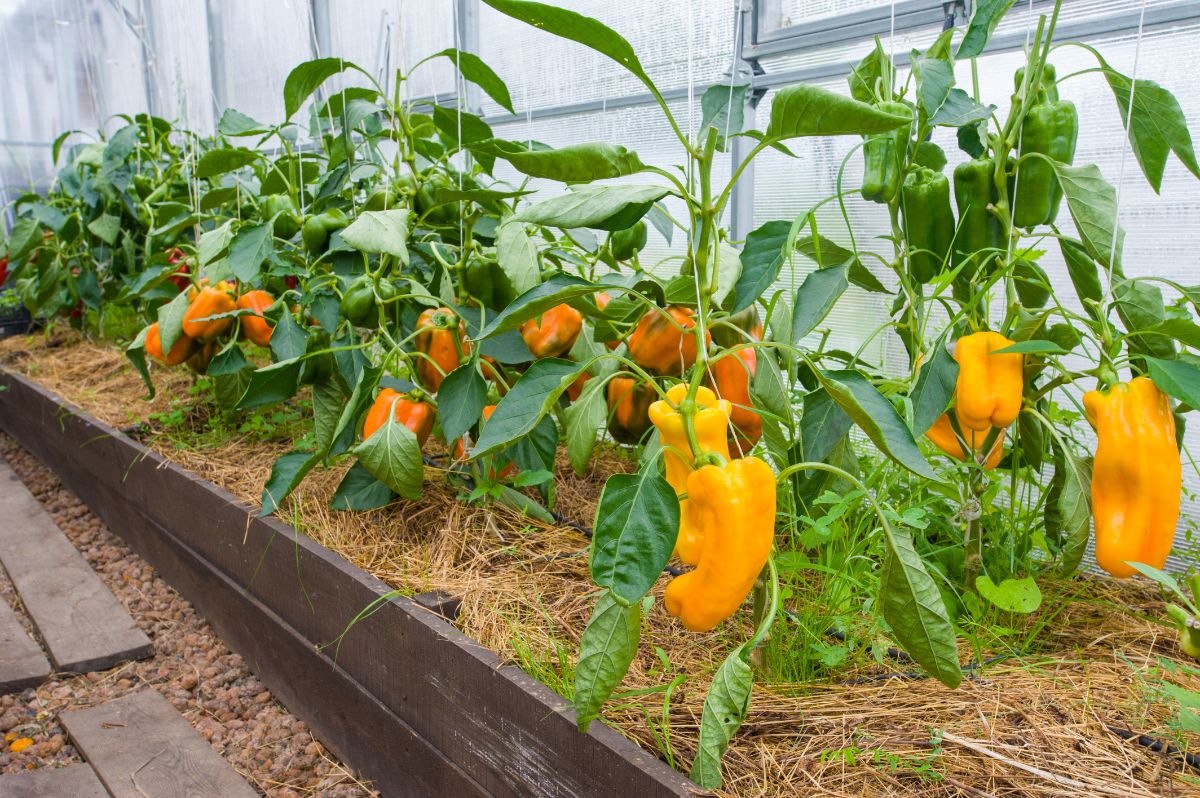 One of the best things you can do when you’re getting ready to grow peppers is to take some time to prepare the site. Choosing the right location for your plants is key. Peppers like to be grown in sunny, well-drained locations. Ideally, you should rotate your crops every year. If possible, avoid planting your peppers in the same spot where closely-related plants (like tomatoes, eggplant, and potatoes) were grown in the last three years.

Once you’ve picked the ideal spot, go ahead and till some compost into the soil, about one inch deep. Compost is the perfect amendment to add to your pepper bed, as it’s balanced and doesn’t contain too much nitrogen. Adding too much nitrogen to your peppers is a common mistake that many gardeners make. It will cause your plants to grow very rapidly, spending all of their energy on foliage production rather than on fruiting. It can also lead to disease later on.

Similar Project:  25 Beautiful Flowers to Grow Under Trees with Success

Peppers are warm-weather crops, meaning they grow much better during periods of hot weather. For most gardeners, the growing season simply isn’t long enough to grow peppers outside during the summer and still get an adequate crop. Starting peppers from seed indoors is a great way to extend the growing season and cultivate hardy plants.

3. Be Sure to Harden Off Those Seedlings! 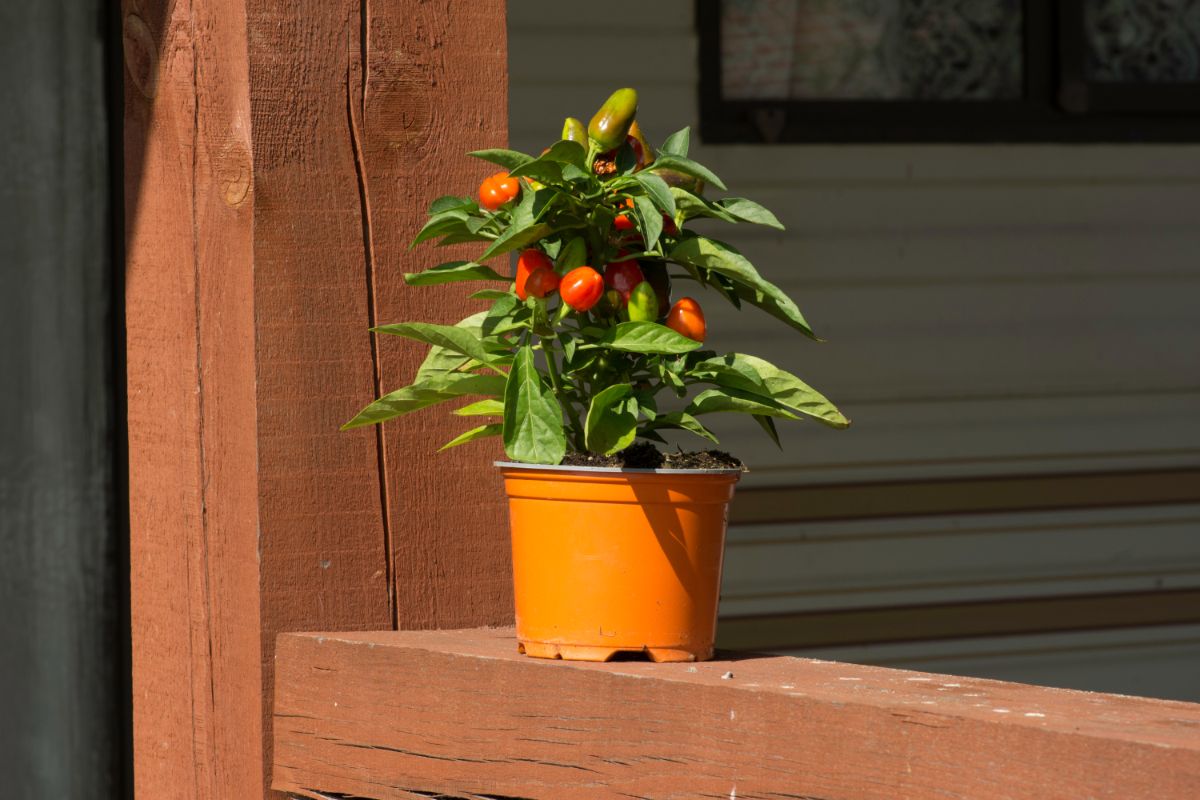 Before you put those seedlings outside, make sure you take the time to harden them off. This process will allow you to strengthen the defenses of your plants by gradually exposing them to more and more harsh outdoor conditions over time. To harden off your plants, put them outside for just a few hours. Add an hour or two each day until, eventually, your plants are able to be outdoors for the entire day.

This can help reduce transplant shock and will make it easier for your plants to adjust once they’re in the ground. When you’re hardening off your seedlings, put them in a sheltered location outside, like next to the garage or by the wall of your house. That way, they’ll be protected from the wind and driving rain. 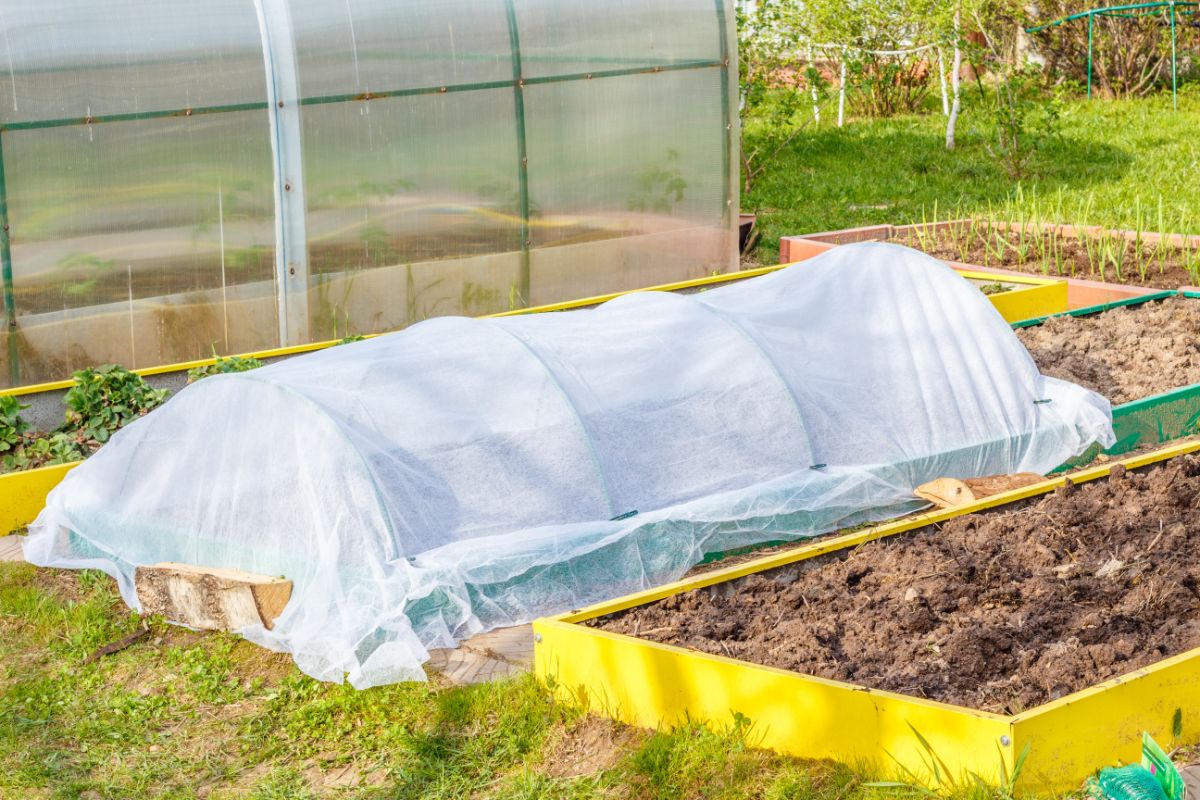 Preheating - it isn’t just for the oven! In fact, preheating the soil by laying out a bit of dark landscape fabric or plastic is a great way to prepare it for planting heat-loving crops like peppers.

While peppers are best planted once the daytime temperatures regularly hover in the mid-60s, you can accelerate the time to planting by laying down these warming materials. When you’re ready to plant, you can pull up the fabric or plastic or simply plant through it by cutting holes - a bonus, since it will also help keep down weeds!

When you plant, pay close attention to how you do so. Peppers should be spaced at least 12 inches apart (but in some cases, nearly double that). Check the recommendations on your planting packet, as this will tell you the mature size of the variety. They should be planted just slightly deeper than what they were planted in their containers. They’ll grow extra roots from the buried parts of the stem.

6. Stake or Cage from the Get-Go 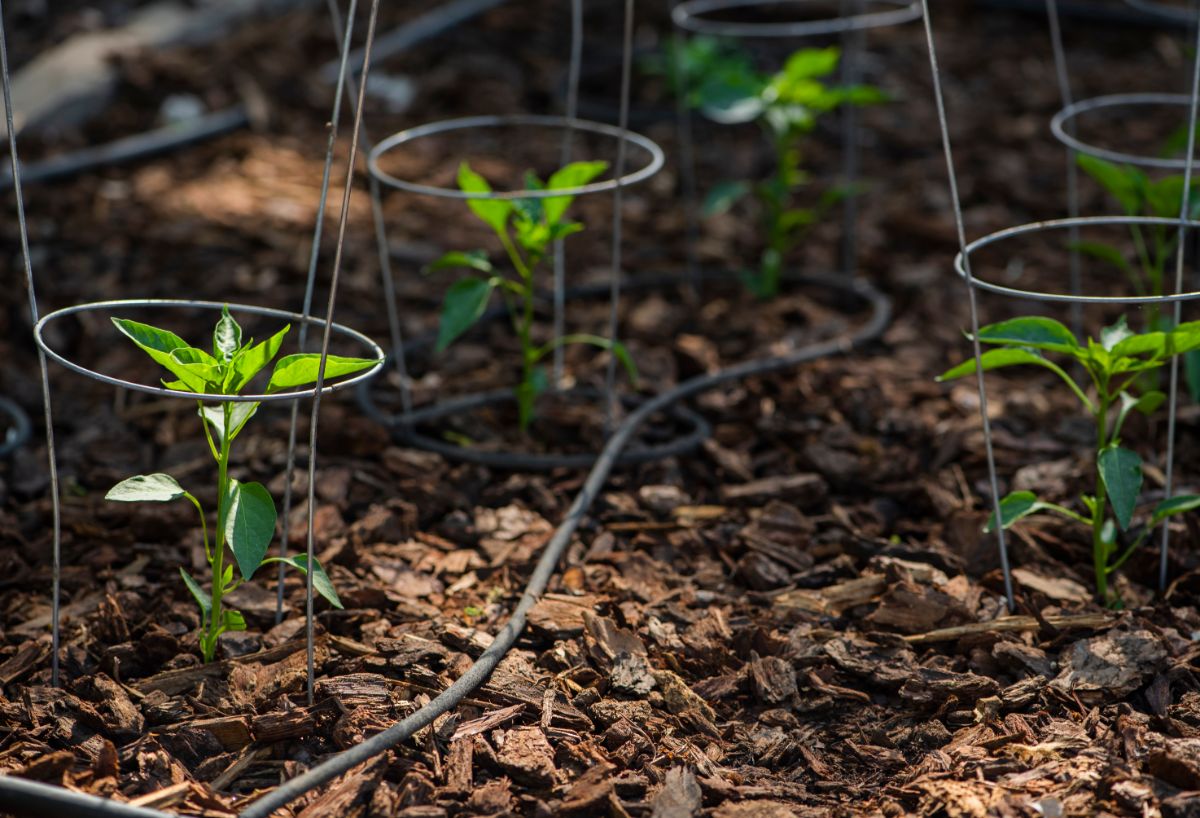 Peppers often need to be staked or caged, but you may not realize this until late in the growing season, when your plants begin to topple over from the weight of the fruits. However, it’s very challenging to stake or cage this late in the game, since the plants will be difficult to handle without running the risk of breaking them.

To get around this, stake or cage your plants as soon as you plant. That way, you’ll only be working around tiny little seedlings.

Similar Project:  How to Make and Use Bone Meal Fertilizer to Boost Your Garden Harvest 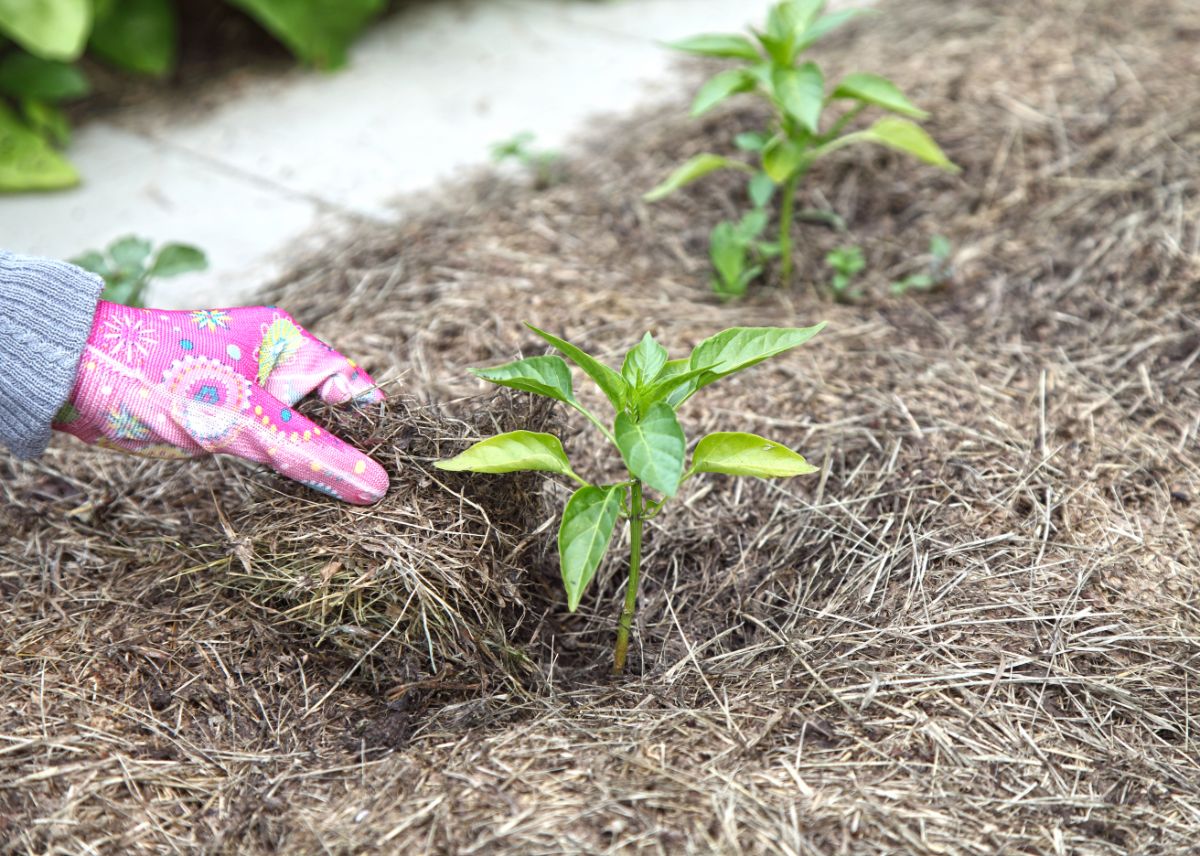 And your water, too, for that matter. Peppers are thirsty creatures! They need to have access to at least one inch of water each week. Check them often during dry or hot weather and remember that each plant can easily consume up to a gallon of water each day. If you live in a hot, dry climate, you might also want to add a layer of mulch to retain soil moisture and moderate the temperature.

Though it sounds counterintuitive, you might want to pinch off early blossoms that appear on the plants. Believe it or not, it won’t harm the plants - instead, it will help them divert their energy into growing so you’ll have lots of huge fruits late in the season - and a better overall yield - than if you let the flowers develop into fruits.

You can harvest peppers as soon as they are green (or purple, for some varieties) but you’ll be rewarded with much sweeter peppers if you are willing to wait. Peppers that become red, yellow, or orange (depending on the mature color) will be much, much sweeter.

A common mistake that many people make when harvesting peppers is that they yank the fruits away from the plant when it’s time to harvest. This can damage the plant and stunt its growth. Instead, cut the peppers. Leave a small bit of stem attached to avoid the need to pull.

Similar Project:  17 Plants For Your Garden With Rainbow Foliage 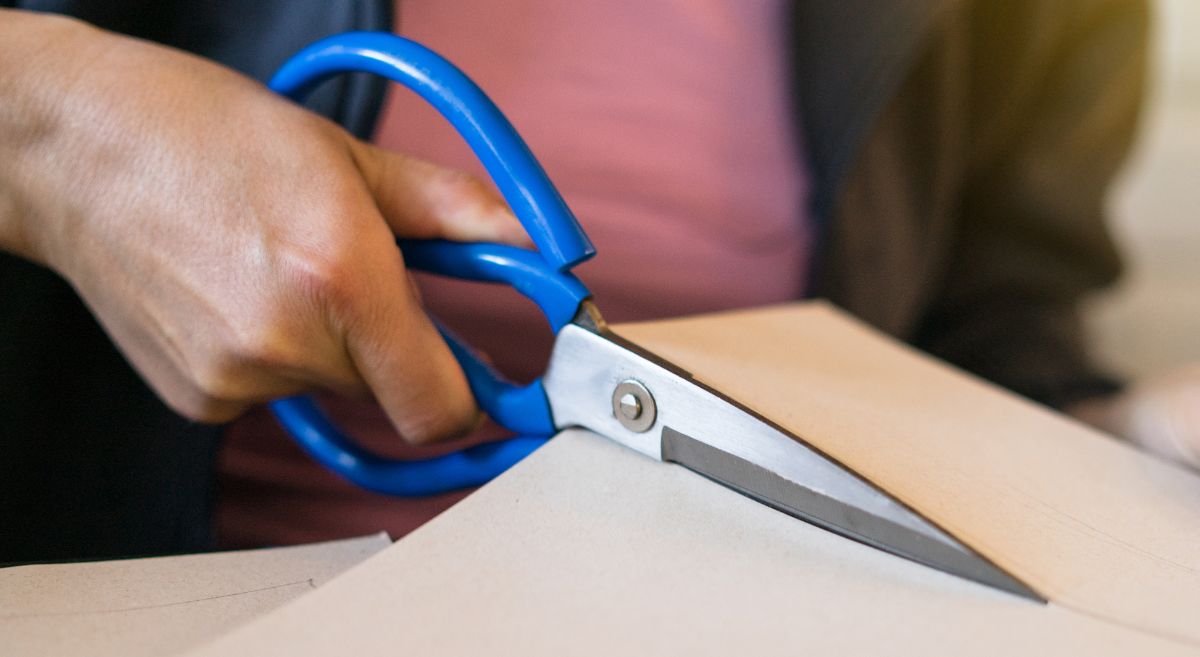 Cutworms are common predators of pepper plants - don’t let yours fall victim, too! Instead, follow this simple hack for preventing cutworms - put a cardboard collar around the stem of your plant. Press it about one inch deep into the ground. This will deter cutworms and prevent them from chowing down on your plants.

The best thing you can do for your pepper plants is to grow them in good company. Plant a few companion plants near your peppers. Good options include parsley, carrots, and basil. This will help improve the growth of your pepper plants and can also prevent unwanted pests and diseases. Avoid planting peppers near kohlrabi and fennel, both of which can stunt your peppers’ growth.

Some people recommend planting peppers near tomatoes. The most logical reason to do this is that the two have similar watering, sunlight, and fertilization needs. However, you should exercise some caution in doing this, as they can also attract similar diseases and pests.

Ultimately, peppers aren’t all that difficult to grow. Plant them and watch them flourish! However, if you want to get the maximum production out of your plants, follow these tips above - and repeat every year.

Growing peppers is a rewarding and tasty task - and by following these 12 tips for growing peppers, you’ll be able to reap the benefits for years to come.